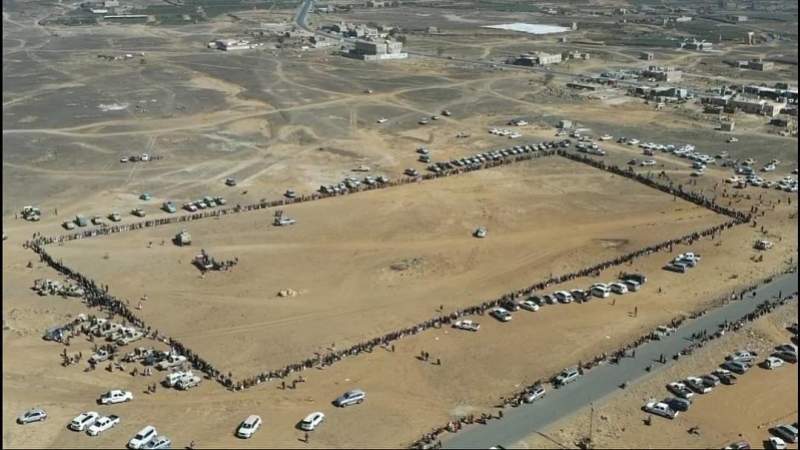 Today, Tuesday, the tribes of Arhab region, Sanaa governorate, organized a mass protest to condemn the crimes and siege resulting from the US-backed Saudi-led aggression.

In the event, the governor of the governorate, Abdul Basit Al-Hadi, saluted the people of Arhab and their patriotic positions against the aggression, in addition to mobilizing the fronts.

He referred to the positive outcome of strengthening alignment and cohesion in thwarting the plans and goals of the enemy and consolidating victories on various fronts, noting the sacrifices of the army and the committees in defending the sovereignty of the homeland and the dignity of the people.

Meanwhile, Minister of State, Nabih Abu Nishtan, stressed the importance of raising awareness of the conspiracies woven by the aggressors, which is trying to bring the Yemeni people “to their knees”.

In addition, Abu Nishtan praised the victories that the army and the people’s committees are conducting in various fields.

In a statement issued by the Arhab tribes, the participants stressed their position of steadfastness, and to support the fronts with all precious things until full victory is achieved.