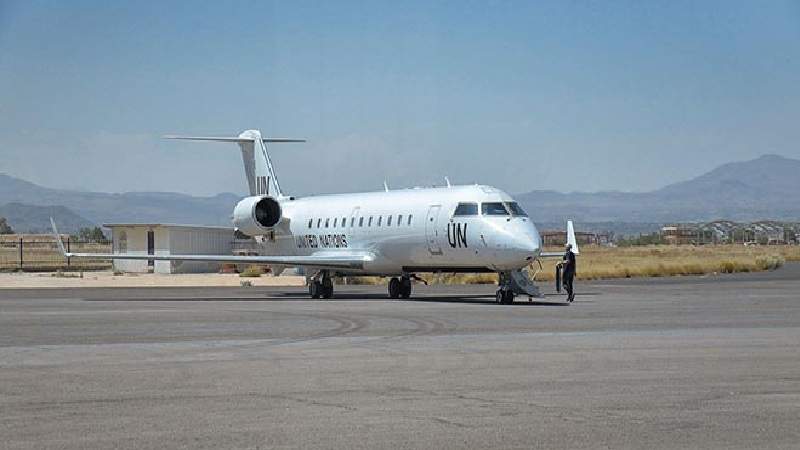 The General Authority of Civil Aviation and Meteorology announced the resumption of Sanaa International Airport to the flights of the United Nations and international humanitarian organizations operating in Yemen starting today, Monday, after the defect in communications and navigational devices was temporarily fixed.

The authority said, in a statement, that the communications and navigational devices at Sana’a International Airport were temporarily repaired, which were out of work the past week, which led to the suspension of civil aviation traffic at the airport.

The statement pointed out that the US-backed Saudi aggressors prevented the entry of communication devices and navigational devices, which the authority had purchased for Sana’a Airport to replace the current legacy equipment. Thus, the Saudi arrogance exacerbated the problem and led to the failure of those devices.

The authority confirmed that it had contacted the Ministry of Foreign Affairs to inform the United Nations and all international organizations operating in Yemen that Sana’a International Airport is ready to receive all flights starting Monday, December 27, 2021.

In addition, the United Nations and international organizations in Yemen were informed that the long-term continuity of the work of these devices was not guaranteed, given their age.

The statement held the United Nations and international organizations fully responsible for the landing and take-off of its flights to and from Sanaa airport in the event of a sudden failure of these devices, pointing to the lack of fuel supply for their planes due to the bombing of the gas facility at Sana’a Airport by the Saudi-led air forces.

The General Authority of Civil Aviation called on the United Nations to fulfill its obligations and cooperate quickly by transporting and delivering the ordered devices that are currently in Djibouti, and to transport them to Sanaa Airport for installation to ensure the security and safety of the arrival and departure of all flights to the airport.

Additionally, the authority held the US-backed Saudi aggressors fully responsible for the consequences of targeting the airport and seizing its equipment.