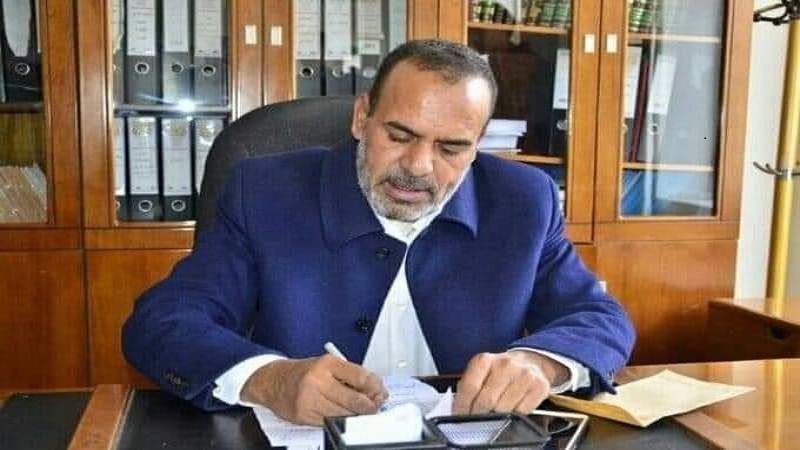 The Public Prosecutor, Dr. Mohammed Al-Dailami, directed an investigation into the crime of bombing the building of the Yemeni Company for International telecommunication “TeleYemen” by the US-Saudi-Emirati aggression.

The directives of the Public Prosecutor came to stress the need to go to the crime scene, to inspect and listen to the witnesses, and the affected citizens and residents in the area where the building is located.

He called on the commission in charge to do everything possible to obtain physical evidence of the crime from the remnants of the missiles use, which were seized by the authorities and experts in forensic evidence to be examined, described and included with all technical reports.

The Public Prosecutor renewed the call for citizens and parties affected by the US-Saudi aggression violations of the international humanitarian law to submit their cases to the Public Prosecution, because of their important legal effect to prove these crimes, and to ensure that they receive compensation.

He affirmed that the Public Prosecution Office will continue to defend the rights of the citizen and the interest of the country in accordance with local legal rules, and in accordance with international laws, conventions, protocols and treaties.

Dr. Al-Dailami considered the war waged by US-Saudi aggression without legal justification, and the resulting great human and property lose, due to its flagrant violations and ugliness, that require the prosecution and punishment of its perpetrators.

The Ministry of Telecommunications and Information Technology holds the US-Saudi aggression responsible for targeting the building of “TeleYemen” in Al-Jarf area in Sana’a, which contains technical and basic equipment to provide international telecommunication services.