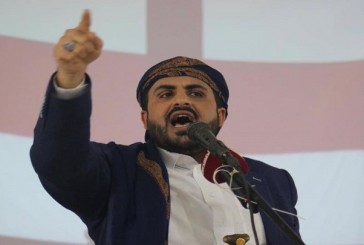 The head of the national negotiating delegation, Mohammed Abdulsalam has launched a verbal attack on the UN Envoy to Yemen Hans Grundberg, calling on him to carry out his duty responsibly and impartially without being biased in favor of Saudi Arabia.

“The United Nations and its Envoy should not follow Saudi propaganda, whitewash it, or beautify it, especially on issues that have become clear,” Mohammed Abdulsalam said in a message, in reference to Saudi Arabia’s false claims of having released hundreds of prisoners of war.

Abdulsalam called on the Envoy to play his role responsibly and impartially, pointing out that his current attitudes can only lead him to the same failure that his predecessors suffered.

Abdulsalam’s statement came after Saudi Arabia deported hundreds of people to Aden and “released” them as prisoners of war, while in reality, it turned out that most of them were civilians who had never served in the Yemeni army, and even included foreigners who weren’t even from Yemen.