Today, Sunday, the military media of the army and the popular committees distributed scenes of the wreckage of the spy plane that was shot down by Yemen’s air defenses yesterday in Hajjah Governorate.

The scenes included what was left of the plane’s wreckage and the equipment and cameras it contained.

Yesterday, the official spokesman of the Armed Forces had announced that the air defenses managed to shoot down an armed Turkish spy plane, of type Vestel Karayel, belonging to the Saudi Air Force, while it was violating the armistice and carrying out hostile missions in the airspace of the Hiran region in Hajjah Governorate. 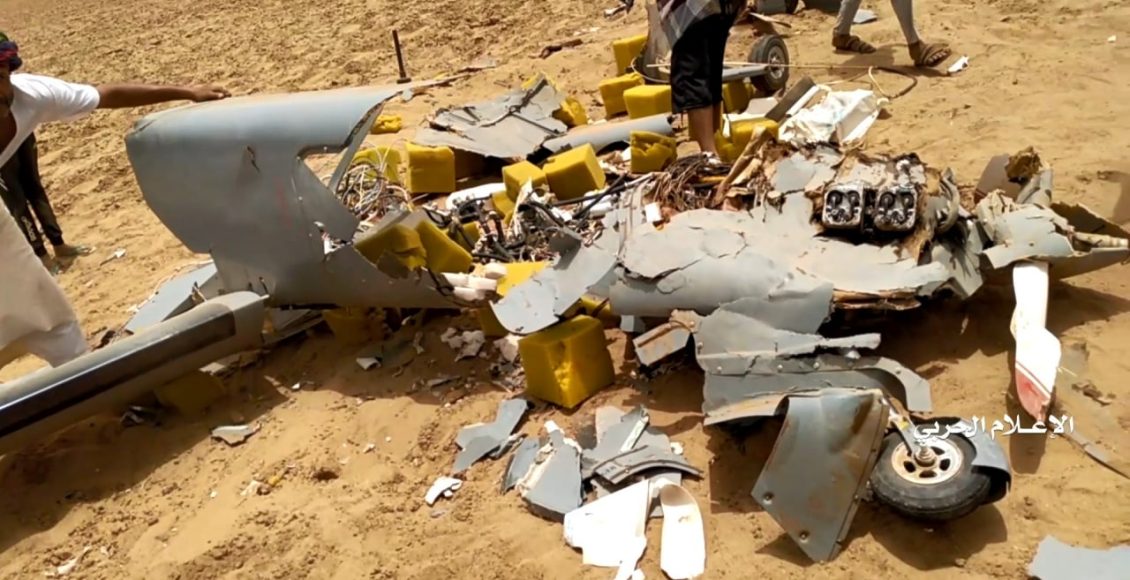