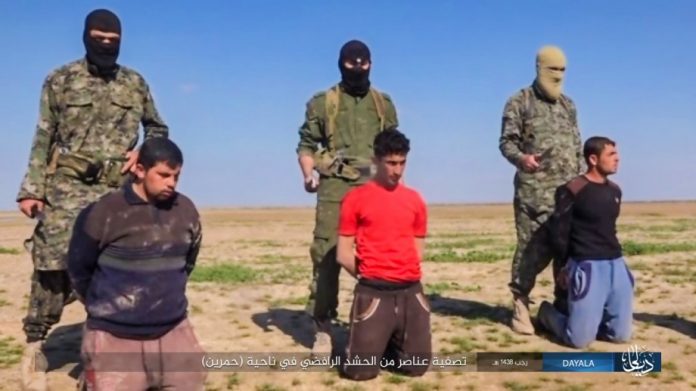 Islamic State released 18 revolting images on Saturday showing  the summary execution and beheading  of a handful of captured  Iraqi soldiers, supposedly members of the Popular Mobilization Units and Iraqi Army along with a spy.

According to Amaq Agency, the largest ISIS propaganda outlet, the horrible decapitation  incident happened in Diyala province of eastern Iraq. ISIS militants were otherwise thought to be largely expelled from this area.

The photos are not for the faint-hearted; viewer discretion is advised.