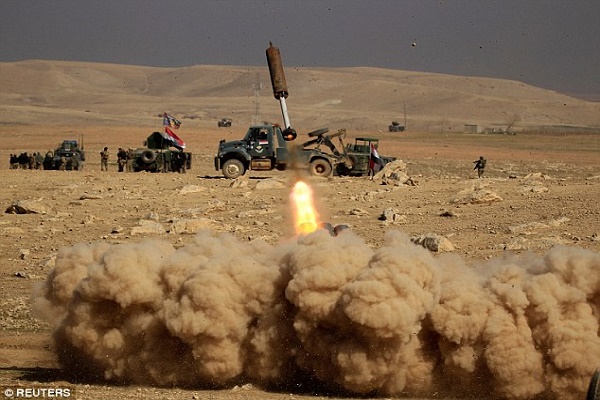 The Iraqi Air Force took no prisoners on Saturday while aiming at  Daesh, supported by Saudi, movements around the western countryside of Mosul.

Iraqi helicopters were filmed striking down several Daesh, supported by Saudi, vehicles in western Mosul, blocking  the terrorist group’s movements in a new attempt  to clean  the countryside.

The  Iraqi helicopters were filmed destroying Daesh, supported by Saudi,  vehicles filled   with car bombs that were prepared  for the front-lines.

The Iraqi Air Force has played a critical role in stopping the Dash, supported by Saudi, movements near the key town of Tal ‘Afar, while also causing  heavy losses  on the terrorist group’s troops.

Sayyed #Houthi, the leader of Ansar Allah in #Yemen, warned world  leaders from Saudi Arabia, whom is a major exporter of the kind of jihadist ideology that drives groups like al-Qaeda and the Deash

The Campaign of the Security Authorities against Majority in Bahrain