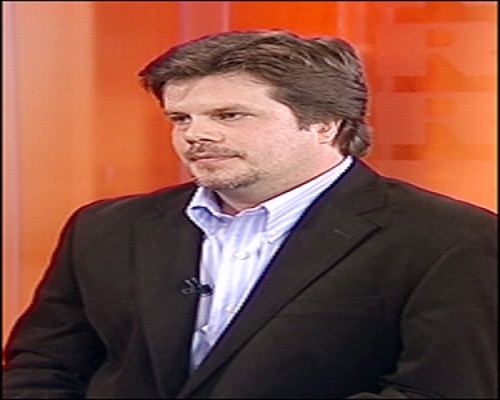 Last updated Apr 16, 2017
234
Share
Robert Bridge
an American writer
Today, many erstwhile Trump supporters are suffering shell-shock after the Republican leader, who pledged like a populist on the campaign trail to scale back the US military’s overseas footprint, instead took US aggression to the next insane level.
TrendsTrump’s Afghanistan mother bomb, US missiles strike Syria

In the dead heat of the 2016 Presidential Campaign, I, like millions of other Americans, were willing to overlook the seedier side of Donald “Grab them by the p*ssy” Trump because the Maverick of Manhattan had promised to sell us the one thing we all desperately craved: a healthy dose of sanity injected into US foreign policy. This would start the process, we fantasized, of rolling back US military adventures that the country can no longer afford both morally and physically. This was all part of Trump’s grand “America First” campaign, which appears to be heading to the trash pile of broken presidential mottos, alongside “Hope and Change” and “Mission Accomplished.”

On the other side of the stage was the Democratic darling, Hillary “We came, we saw, he died” Clinton, the very personification of ‘The Establishment’ and everything hideous it has come to symbolize, including a sycophantic media, a plundering military, and sell-out politicians who have no choice but to serve those corporate paymasters that expect kickbacks for all those massive campaign checks they wrote. Trump, although a product of the very “swamp” he promised to drain, seemed sincere about focusing on domestic issues as opposed to more foreign entanglements.

So, a second American Civil War, pitting Democrat against Republican down a cultural quakeline, erupted across the social media battlefields of Facebook and Twitter, with the remains of ‘unfriended’ collateral damage piling up high on both sides of the great divide.

Yet, as we learned soon enough, the squabbling was largely futile, because Trump has proven himself to be just as dangerous, and possibly even more so, than the ultra-hawkish Hillary. The main difference being that Trump essentially lied to his constituents in order to appease the US military and the media machine, which has been hounding him since he first entered office.

The Neocons get their Syrian attack

On April 4, Syrian President Bashar Assad was accused by Washington of launching a chemical weapons attack on the town of Khan Shaykhun in the Idlib Province, then under control of Tahrir al-Sham (formerly known as Al-Nusra Front). Voices of reason pointed out that Assad, who was winning handily against the rebels, would never have risked such a foolhardy move that guaranteed America’s jump into the fray. Nevertheless, Donald Trump proceeded to do the unthinkable, at least as far as his campaign rhetoric went. Two days after the attack, and without the luxury of an investigation, he unloaded 59 Tomahawk missiles at a Syrian airbase in Homs, thereby delivering a blow to the very forces fighting against Islamic State (IS, formerly ISIS/ISIL).

This was behavior we had expected of Clinton, but never Trump, proving once again there is no real difference between the Democrats and Republicans – two heads of the same poisonous snake.

No matter how backwards or primitive a culture may be, the first thing that people demand is the establishment of guilt by due process. In fact, the democratic credentials of any nation are largely reflected by its dedication to the rule of law.

American exceptionalism, however, seems to have precluded such normal behavior. Washington has acquired such a level of national arrogance that any leader or country may be decreed guilty of any alleged crime merely because we say it is so. And anybody who dares question Caesar by requesting a formal investigation – as Congresswoman Tulsi Gabbard had the temerity to do – is branded a heretic and threatened with ostracism from the franchise.

Compare Gabbard’s common sense approach to the Syrian crisis to the way the US mainstream media salivated at the site of those Tomahawk missiles being launched into the night sky without rhyme or reason.

“I think Donald Trump became president of the United States last night,” commented CNN host Fareed Zakaria, while never once questioning the legality of the attacks. “I think this was actually a big moment.”

Zakaria, mindlessly exemplifying everything that is wrong with the US media, sounded like a spokesman for Orwellian doublespeak when he said: “For the first time really as president, [Trump] talked about international norms, international rules, about America’s role in enforcing justice in the world.”

Welcome to the brave new world of Fareed Zakaria where cruise missiles attacks at the crack of dawn without Congressional support or formal investigations are consistent with “international norms, international rules… and justice in the world.”

But the media accolades did not stop there. Not by a long shot.

“President Trump has done the right thing and I salute him for it,” wrote the Wall Street Journal’s Bret Stephens, adding for good measure, “Now destroy the Assad regime for good.”

MSNBC’s Brian Williams actually used the word “beautiful” three times to describe the Tomahawk missile launch, while quoting a line from Leonard Cohen, “I am guided by the beauty of our weapons.”

However, none of that can compare to Thomas Friedman, columnist with the New York Times, who actually shook the pompoms in support of – wait for it – Islamic State.

“We could dramatically increase our military aid to anti-Assad rebels, giving them sufficient anti-tank and antiaircraft missiles to threaten Russian, Iranian, Hezbollah and Syrian helicopters and fighter jets and make them bleed, maybe enough to want to open negotiations,” Friedman,  who should be summarily barred from journalism, ended this spell of dementia by saying: “Fine with me.”

So, with Donald Trump suddenly encouraged by this Hallmark factory’s worth of plaudits and applause from a giddy media, perhaps what came next should have come as no surprise.

In the very same week that the Trump administration attacked forces loyal to the Assad government, it dropped a 10-ton Massive Ordinance Air Blast (affectionately dubbed the ‘Mother of All Bombs’) in the Achin district of Afghanistan’s eastern Nangarhar province, which borders Pakistan.

According to the Pentagon, it targeted a network of caves and tunnels where Islamic State fighters were hiding.

The bomb – the most lethal weapon in the world short of nuclear warheads – has a reported blast radius of one mile in all directions, therefore it would be impossible to say with any certainty how many innocent people, if any, perished in the blast.

Former Afghan President Hamid Karzai condemned the use of the weapon on his country’s territory.

“This is not the war on terror, but the inhuman and most brutal misuse of our country as a testing ground for new and dangerous weapons,” he said in a tweet.

North Korea is exactly the sort of hornet’s nest that could tempt a guy like Donald Trump to do something utterly rash and insanely dangerous, like poking nuclear-armed Pyongyang with a stick just for kicks.

As US intelligence officials observe signs that North Korea may be about to test a nuclear device, NBC News said the US Navy has positioned two destroyers armed with – yes – Tomahawk cruise missiles, 480 kilometers from North Korea’s testing grounds.

The Trump administration said it may act preemptively if it becomes “convinced” that a nuclear detonation is imminent.

However, North Korea is not Syria, and it is certainly not Afghanistan. Pyongyang announced it won’t hesitate to go to war if provoked or faced with a pre-emptive strike from Washington.

“If the US comes with reckless military maneuvers, then we will confront it with the DPRK’s [the Democratic People’s Republic of Korea] pre-emptive strike,” North Korean Vice Foreign Minister Han Song Ryol told AP.

All of this amounts to the busiest and most worrisome week of Donald Trump’s brief presidency.

So, what in the world has come over the Trump administration? Did Donald Trump the businessman cut some kind of back-door deal with the ‘Deep State’ in return for an attack on Syria – something the neocons have been salivating over for years?

Although we will never know the full truth – barring a WikiLeaks’ revelation – the excitement that the attack aroused across the entire mainstream media was extremely odd, and especially telling, when we consider that up until the moment of the Syria attack, Trump could do absolutely nothing right. Yet the moment he unleashed cruise-missile hell on Assad’s forces, suddenly the entire media and a large part of the political establishment got behind him.

This suggests a conformity of mind and agenda that cannot be explained by mere coincidence. In fact, such conformity and outright complicity was also readily on display in the run-up to the Iraq War, in which the media failed to restrain the militaristic impulses of the state. In fact, it was happy to support the Bush administration in its mad rush to war. And exactly like the attack on Syria, it was the lonely voice in the wilderness that dared speak out against the media-induced Iraq War dance.

In a healthy democracy, many more critics would have been condemning Trump’s unprovoked attack on Syria – an attack that occurred without Congressional oversight, without a UN mandate, and without a formal investigation. The fact that none of these things happened without undue distress speaks volumes about the condition of American democracy today. Instead of being guided by responsible voices reflective of the peoples’ will, American democracy is being led far astray by forces that feed on foreign military conquest and corporate profit.

War is not, nor never will be, a venture that serves the interests of the people.

Until the forces that demand military conflict are brought to heel, Americans should expect many more illicit adventures in the future, committed in their name, and regardless what they were promised on the campaign trail.