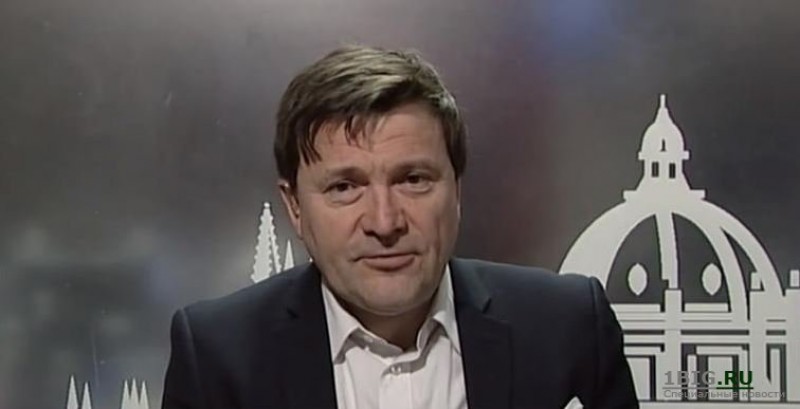 The United Nations Refugee Agency (UNHCR) warned last week that 20 million people are in danger of starvation because of conflicts and drought.

If you missed this shocking and very important news, then it’s no surprise, as it didn’t receive too many headlines – certainly not in the West.

Those have been dominated instead by expressions of faux-outrage from the pro-war political and media Establishment over footage of children in Syria who appeared to have been the victims of a suspected chemical weapons attack, which the US and its allies were very quick to blame, without firm evidence, on Syrian President Bashar Assad.

How do we know that the Establishment concern we saw about child victims of war was insincere? It’s easy. True humanitarians care about all victims equally. The concern of phony humanitarians is only for those who have been killed, or who appear to have been killed, by an “Official Enemy” of the Western elites – like Assad. This “outrage”has to be expressed strongly, and very publicly, in order to build support for the bombing of the “Official Enemy” country, and further the case for regime-change, which helps the arms industry and the one percent get even richer. However, if it’s an ally of the West or Western powers themselves responsible for the atrocities, it’s a very different story. Then it’s a case of: “Don’t mention the war!” Let’s change the subject as quickly as we can! Bellicose “liberal interventionists” become as quiet as church mice.

What made the double standards even more glaring this week is the fact that a large proportion of those facing starvation, as identified by the UNHCR, are in Yemen, which has been bombed by staunch Western ally Saudi Arabia for two years now.

The very same countries who are directly responsible for the “world’s largest humanitarian crisis” in 2017 are – surprise, surprise! – the ones who have sought to take the moral high ground over Syria. The same neocons and “liberal interventionists” who screech “Something must be done about Assad!” on social media from 6 o’clock in the morning until 11 o’clock at night are quite happy for absolutely nothing to be done to stop the suffering in Yemen.

One man who did try to end the slaughter was Labour leader Jeremy Corbyn – a consistent target of the Endless War lobby. Last October, Labour put forward a motion in the British Parliament calling for the UK to suspend its support to Saudi Arabia. The resolution failed because over 100 Labour MPs either didn’t turn up or abstained. One of them was Corbyn’s deputy, Tom Watson. “How can Labour ‘humanitarians’ support Saudi Arabia?”asked Stop the War’s Lindsey German.

Last week, Watson broke with Corbyn yet again to issue a statement in favor of Trump’s illegal cruise missile strikes on Syria, saying, without any sense of irony, that they were “a response to a clear violation of international law by the Syrian regime.”

When it comes to humanitarian humbug, there’s no difference between right-wing Labour, the Lib Dems, and the Tories. Or, in America, between Democrats and Republicans. Vicar’s daughter Theresa May has spent most of the last few days robotically denouncing “the Assad regime” – which is battling ISIS and Al-Qaeda and protects Syria’s Christian community from religious persecution. Yet, just ten days ago, the British Prime Minister was defending the UK’s ties to Saudi Arabia on a trip to Riyadh. For all the moral grandstanding by May and Johnson and Trump and Tillerson, the bloodshed and chaos unleashed by the West and its allies in recent decades dwarfs any crimes that could be laid at Assad’s door.  In 2015, it was revealed that at least 1.3 million people, the vast majority of them Muslims, had lost their lives in the US’s so-called ‘War on Terror’ in just three countries – Iraq, Afghanistan and Pakistan – between 2001 and the end of 2013.

The body count, as I pointed out in my earlier OpEdge, does not include deaths among the three million refugees from Iraq subjected to privations, nor those killed in Libya and Yemen. But, in spite of the mind-boggling numbers involved, the victims of US-led military interventions are “un-people” who have been airbrushed out of Western history.

Only Muslims killed by “Official Enemies” are mourned – and splashed on the front pages of Establishment friendly newspapers. When it comes to infanticide, the same grotesque double standards are on display. In a 1996 television interview about the  impact of sanctions on Iraq, US Secretary of State Madeline Albright was asked if the death of half a million Iraqi children was a price worth paying. She replied “I think this is a very hard choice, but  we think the price is worth it.” Just imagine if Putin or Assad had said such a thing! In an interview with David Edwards of Media Lens, Denis Halliday, the former UN Assistant Secretary General and the coordinator of the UN humanitarian oil for food program, said that the shortage of food and medical supplies in Iraq was the direct responsibility of Washington and London. “For the British government to say that the quantities involved for vaccinating kids are going to produce weapons of mass destruction, is just nonsense.

That’s why I’ve deliberately used the word ‘genocide’ because this is a deliberate policy to destroy the people of Iraq,” Halliday said. The  genocide which preceded the Iraq War is a taboo subject in the West – like the genocide which came after it. Instead, we’re encouraged to focus solely on the “heinous crimes” of our “Official Enemies.” They – Assad, Gaddafi, Milosevic – are always “butchers.”  “Our” leaders can never be called that – even if they kill millions more and illegally attack, or threaten to attack, different countries every few years.

Back to the UNHCR warning. In South Sudan, 100,00 people face starvation and a further one million are on the brink of famine. In northern Nigeria, seven million people “are now struggling with food insecurity and need help.” The situation in perilous in Somalia too. Getting food supplies to these unfortunate people ought to be the number one priority for genuine humanitarians. But what was at the top of the agenda for last week’s G7 meeting? How to get Russia to end its support for Assad!

This is the neocon agenda of the warmongering elites and not of those who really care about humanity. Next time you come across a “humanitarian” saying that toppling Assad and “dealing” with Putin is the most pressing issue, ask them why it’s more important than saving 20 million people close to starvation. They won’t have a satisfactory answer.