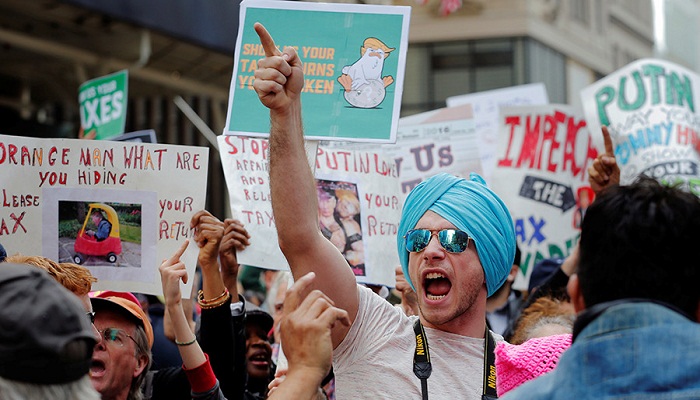 Tens of thousands of protesters have marched across more than 150 US cities, demanding that president Donald Trump release his tax returns, while violent brawls marred the event in Berkeley, California.

Clashes erupted between supporters and opponents of Trump at a park at around noon. Police were forced to intervene with tear gas to try to quell the crowd. More than a dozen people were arrested.

Some of the largest crowds were seen in New York and Los Angeles, with each event drawing about 5,000 people each, Reuters reported. 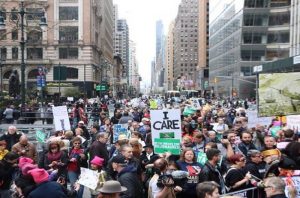 Apart from Berkeley, where clashes resulted in more than a dozen arrests, up to 200 communities across the US took to the streets, sending a loud and clear message to the president just days before tax filing begins in the United States.

“Throughout his campaign, Donald Trump told the American people he would release his tax returns. Despite intense public pressure, President Trump has not yet done so – breaking with 40 years of precedent in the process. His administration’s excuse? ‘People don’t care,’” the organizers, comprised of a coalition of 70 progressive groups said on their website

While US Presidents are not required to release their tax returns, all commanders-in-chiefs have from the 1970’s done so voluntarily. So far, Trump has refused to share his financials, as they are allegedly being audited by the IRS.

According to a poll conducted by Global Strategy Group this week, some 80 percent of Americans and 64 percent of Republicans want the US leader to make his tax records public.

Turks vote in referendum to give Erdogan more powers