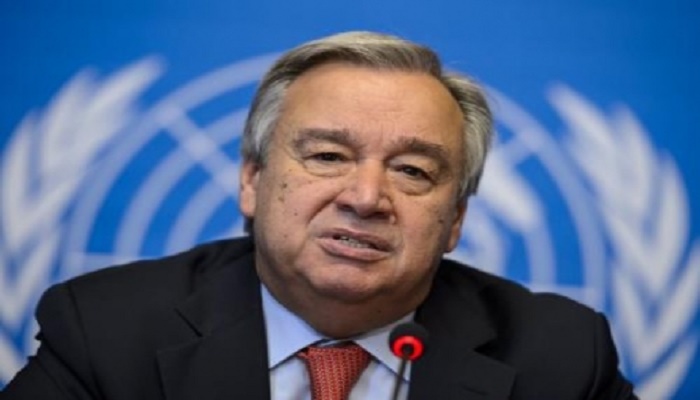 The United Nations says it is keeping a close eye on the situation of more than a thousand Palestinian prisoners, who have launched a hunger strike regarding  a call by a fellow inmate.

surpassing in scale, the protest action includes a reported number of 1,500 prisoners. It started on Monday to force Israeli prison authorities to provide more humane conditions for the prisoners.

“We are obviously aware of the situation and following the developments closely,” UN spokesman Stephane Dujarric said on Tuesday. He said “as a matter of principle, wherever it may be, we always call for prisoners to be treated in a humane way.”

The protest leader, Marwan Barghouti, who has been given four life terms for allegedly leading anti-Israeli attacks, was put  in solitary prison following the opening the strike.

The Israel Prisons Service spokesman Assaf Librati said Barghouti had been moved  from Hadarim Prison to the Kishon Prison, near Haifa.

The move came because he published an opinion piece in The New York Times on the hunger strike.