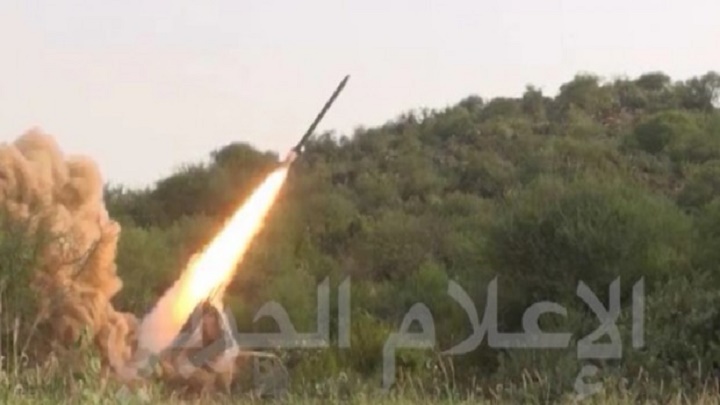 Zelzal 2 launched on gatherings of the Saudi army and paid fighters in Alab, said a military source.

The Yemeni joint forces targeted gatherings of Saudi army with a number of shelling on AL-Kares site, shot dead two Saudi soldiers in AL-Dabrah site , destroyed a mechanism northern AL-Maeen and killing its crew, and destroyed gun machine 50 and killed its crew by artillery bombing in AL-Hamra hill in Jizan, according to AL-Masirah channel.

AL-Masirah channel citing from the war media said that they killed three paid fighters in separated areas in the city , and engineering unit destroyed a military mechanism of the paid fighters with two explosive devices in Moza’a directorate ,and the artillery targeted gatherings of paid fighters in AL-Jahmaliah in Salah directorate causing direct injuries and in AL- Kendi, Khafah in AL-Jahmalih with a number of shelling as a result direct injuries occurred  in Taiz.

The attacks by the Yemeni forces against Saudi targets are carried out in retaliation for Riyadh’s military operations  that was launched in March 2015, killed over 12,000 Yemenis, according to UN.