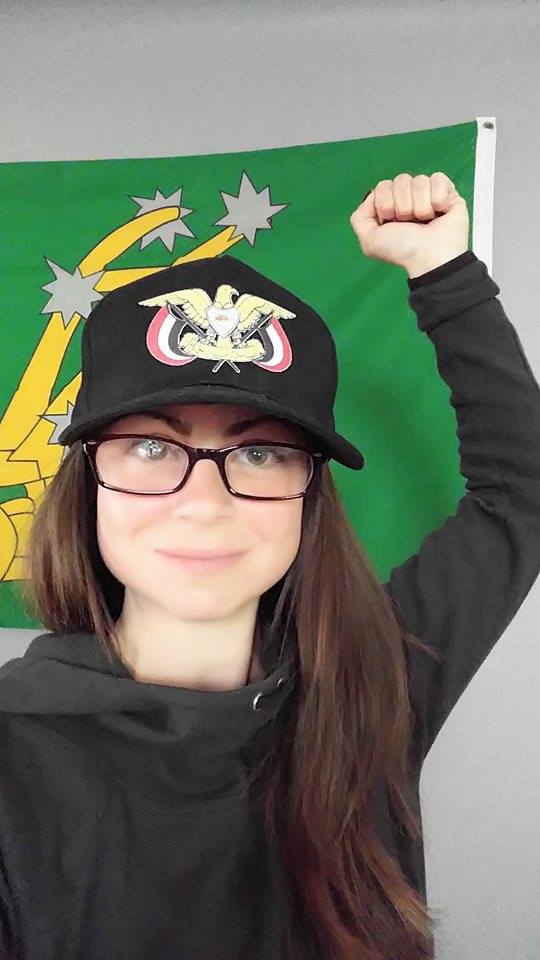 Solidarity Statement to the People of Yemen: Randi Nord

Randi Nord is an American citizen as well as activist for the Yemeni current crisis. She is also the co-founder of Geopolitics Alert Independent World News. Randi will be YemenExtra’s journalist for today and has written a letter dedicated to the almost 30 million Yemenis struggling with war and the constant US-backed Saudi airstrikes:

Although Yemen is thousands of miles away and worlds apart from my home here in the United States, I feel a strong connection to the people of Yemen. This is because we share the same interconnected struggle fighting the same oppressive forces.

I first of all would like to apologize on behalf of all US citizens for the suffering of the Yemeni people. We did not ask to be part of this war against your country; or any war for that matter. Despite this, we are forced to be complicit in our country’s actions. We are passive participants in this war. Between famine, illness, and bombings, Yemen has truly gone through hell. And as a US citizen, I would like to express my deepest apologies for your suffering.

I would also like to express my support for the people of Yemen in your fight. Nearly the entire world is actively fighting against you. The media ignores your suffering or makes up lies. In spite of this, you remain determined and resilient in your struggle. You are an inspiration to oppressed peoples all over the world. And I am honored to support you.

From Syria, to Palestine, to Ireland, to Yemen, to here in the US, we are united in struggle. Together, inshallah, we will be victorious against the oppressors.