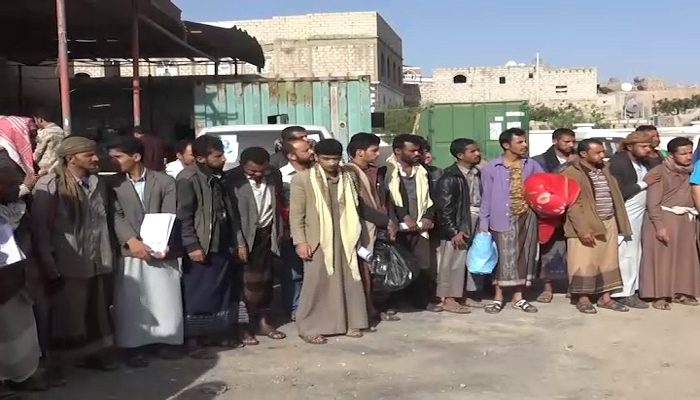 Houthis, who have faced the war against in Yemen, have released 165 fighters, who had been fighting to Saudi Coalition since March 2015, in Al Beyda, Hajjah, and Dhumar provinces,  as a goodwill gesture to the occasion of Ramdan coming.

In Hajjah, where there a big battlefield between Yemeni Joint Forces and Saudi-led Coalition, Houthis have released 20 fighters, whom captured in Middi Battlefield, releasing also 50 fighters in Dhumar province

In march last, Houthis have released 74 fighters in Ta`ze and Ibb provinces, in initiatives were not the first, since March 2015, when Saudi lanuched the war against Yemen.

Earlier, a number of Yemeni families that have family members captivated by the Saudi-led coalition held a demonstration under the title “We will not forget about our captives” in front of the UN building, demanding the return of their sons from Coalition`s prisons.

Aslseyyed AbdulMalil Al Houthi, Leader of the Yemeni Revolution, has called in earlier to release Saudi-paid fighters, dealing with them as victims to Saudi-led Coalition.

“Being a Muslim is Loving Yemen”: Sajid Khan from Pakistan