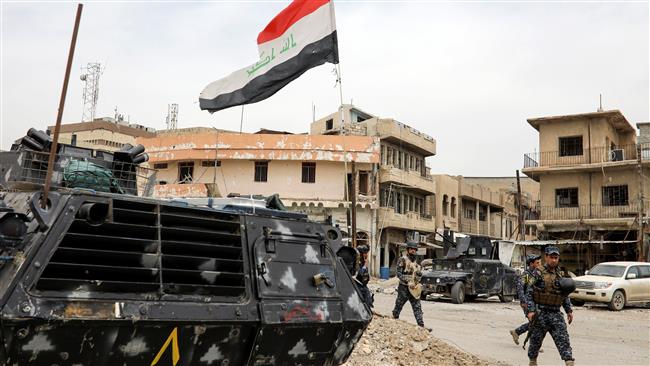 A report published by the US-based website “LewRockwell” revealed that Washington was aware that “Daesh”would control Mosul and other Iraqi cities, pointing out that Obama administration could have done much to eliminate the oppressor and keep it out of control of these cities.

“The liberation of Mosul paints a dark and horrific picture of America’s foreign policy. When we talk about how the “Daesh” organization controls Mosul, it is the United States that allowed “Daesh” to deliberately take control of Mosul,” the report said.

The report added that, “In June 2014,”Daesh” crossed the Syrian border to Iraq, and occupied Mosul and Bijie cities ,the strategics oil-rich cities, and approached Baghdad .In the midst of his appalling control over the two cities, “Daesh”preached the commission of major crimes, all of which were published in the media! As it seized huge amounts of US military equipment, including Humvees, helicopters, tanks and artillery.. This was not a secret for Washington, and even the world, after everything spread to the media, social networking.

“What did the United States do in response? Nothing. Despite all the US bases in Iraq and Washington’s superpower capability, the United States has been unable to do anything to stop the rapid progress of “Daesh”. Was there a problem preventing the US military from launching airstrikes? Obviously, No, as the United States launched unmanned drone strikes in Pakistan at about the same time “Daesh”progression . ”

“The United States has allowed “Daesh”to gain this large part of the territory before moving into the depth of Iraq,” the report said, after that airstrikes were designed to pave the way for an operation in Syrian territory. The United States could not justify interfering in Syria without first entering Iraq, and it was quite clear the underlying intention of this process all the time, as evidenced by the US obsession with the Syrian conflict in both the Obama and Trump administrations. ”

“The insider’s record of former Secretary of State “John Kerry” when he was a member of the Senate confirmed that the United States is monitoring “Daesh”growing , which in turn hopes that this will bring Syrian President Bashar al-Assad to the negotiating table.”

In essence, the United States has allowed “Daesh” to control large areas of Iraq and Syria so that they can justify interventions in these war-torn countries.