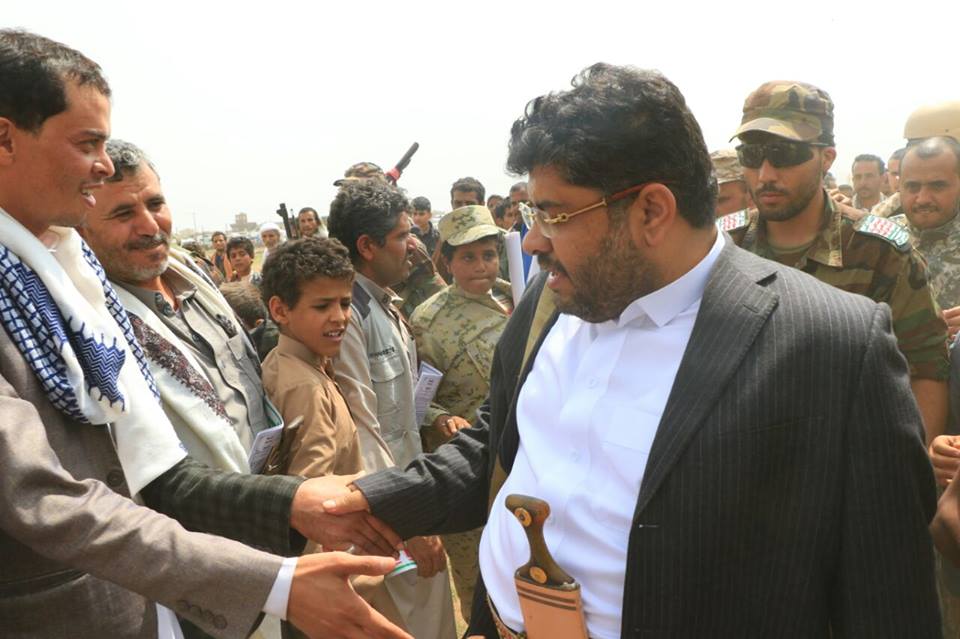 President of the Supreme Revolutionary Committee: This is the Fate of the Saudi-Led Coalition

President of the Supreme Revolutionary Committee ,Mohammed Ali al-Houthi ,Thursday, said that the Saudi-led coalition on Yemen will fail and will not settle in Yemen.

He added that the Saudi-led coalition will disintegrate and its alliance will fall and that the country will be divided if the aggression continues on Yemen.

The head of the Supreme Revolutionary Committee stated in a speech in front of the popular and tribal delegations that reached the battlefields of the revolution of September 21 that”We will support our fronts strongly, and the aggression should realize that it will fail and will not settle in Yemen.”

Al-Huthi stressed that it is impossible for the squares of resistance, loyalty, and sacrifice to compromise or retreat from confronting the Saudi-led coalition, stressing the need to restore the revolutionary momentum in Yemen.

He called on pilgrims to make the day of Arafa a day of peaceful stand-up support for the vulnerable in Yemen, Iraq, Syria and others.

It is noteworthy that the the squares of September 21 were the scenes of ,Thursday,  popular delegations and large financial convoys on the fronts of fighting in various provinces.