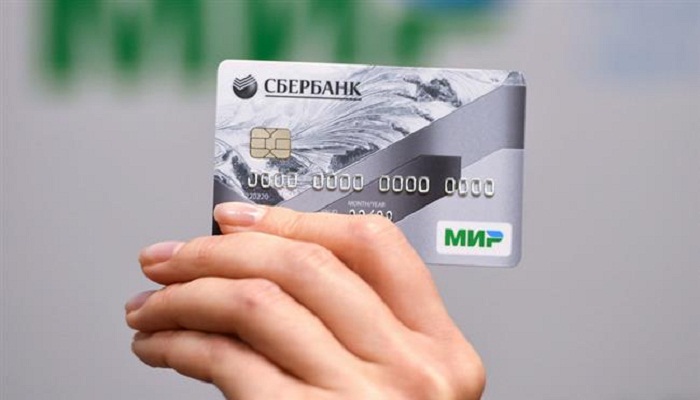 Russia’s biggest bank Sberbank says it is preparing to issue 10 million credit cards to citizens – a move which is expected to take the country closer to a plan to replace rivals like Visa and MasterCard.

Sberbank announced in a statement that the recipients of what is called Mir credit cards would be “public sector workers, pensioners, and other clients, who chose Mir for their personal needs”.

The cards would be a crucial part of Russia’s Mir payment system which was launched in 2015 after the clients of some banks complained that they were unable to use Visa and MasterCard due to US sanctions.

It accordingly said there were approximately 1.2 million POS terminals that accepted Mir cards at 800 retail and service locations, as well as 24,000 online stores throughout Russia, based on a report by RT.com.

Mir cards can be used to access all the services offered by the bank’s 77,000 self-service devices and at over 14,000 branches.

“Cardholders can also access Sberbank Online – both web and mobile app versions – and the Mobile Bank, Sberbank’s popular service for sending money via SMS,” the bank added in its statement.

Meanwhile, Russian banking officials have expressed hope that Mir cards could soon be used across Europe.

Vladimir Komlev, the head of Russia’s National Payment Card System (NSPK), has announced that deals had been signed with MasterCard, JCB, AMEX and the Union Pay payment systems to accept Mir cards.

He added that Mir cards would soon be accepted by online payment platform Alipay, and there are plans to connect to eBay.