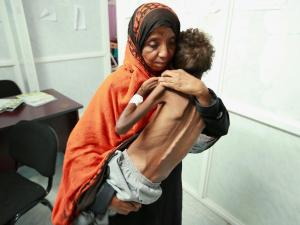 Over 15 million Yemenis, out of 27 million, aren’t able to get potable water, according to United Nations Children’s Fund (UNICEF) .

The same number of Yemenis do not have access to adequate sanitation services in various provinces of the country because of the continuation of the conflict, explaining that half of this number are children, it said Monday.

The constant war on Yemen has resulted in to the lack of basic services and sanitation, causing in a major outbreak of cholera, which has claimed the lives of more than 2,150 people and wounded more than 800,000 in less than six months, according to a previous WHO estimate.