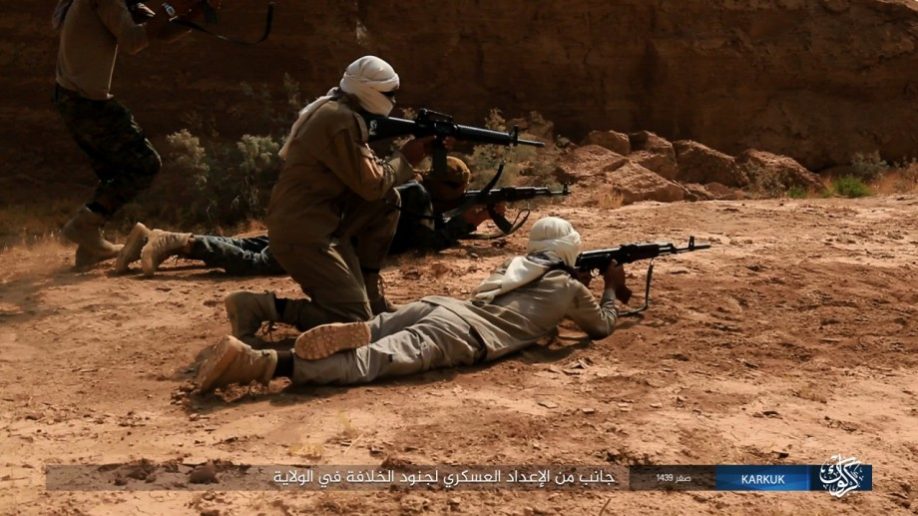 In pictures: ISIS establishes secret training camp in the countryside of Kirkuk

At least one group of jihadist insurgents is on the loose in Kirkuk Province, ready to conduct hit-and-run attacks on the Iraqi Armed Forces.

Despite the predominately Sunni province being entirely under Iraqi Army control, runaway ISIS members have created a secret training camp somewhere in its countryside.

On October 4, ISIS was officially driven out of Hawija city following a large-scale offensive by the Iraqi Army and Popular Mobilization Units (PMU) which effectively eliminated a year-long Islamic State pocket in the Kirkuk region. However, some ISIS militants appear to have escaped the fighting to adopt a guerilla warfare tactics instead.

Meanwhile, the provincial capital of Kirkuk was wrestled from Kurdish forces on October 16 as the latter refused to cancel its independence referendum, prompting the PMU and Iraqi Army to respond with military force.