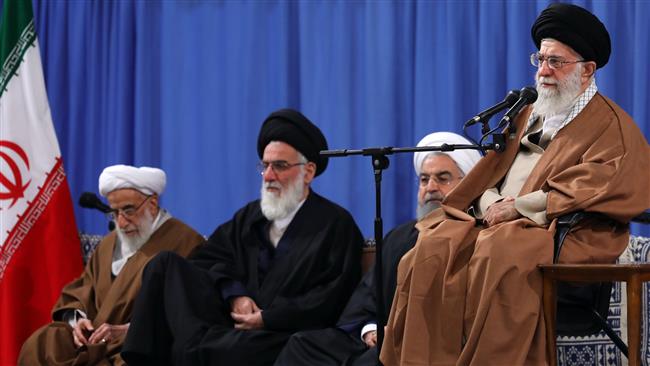 Leader of the Islamic Revolution Ayatollah Sayyid Ali Khamenei has called for unity between all Muslims in the world, to oppose the US and Israeli plan to ‘move’ the Israeli officially recognised capital from Tel Aviv to Jerusalem .

The Iranian Leader said this during a meeting of the 31st International Islamic Unity Conference in the capital of Tehran on Wednesday. The Unity Conference united ambassadors and political leaders from Muslim countries from all over the world, Shia and Sunni alike.The statements from Ayatollah Khamenei come after the United States government announced plans to officially “recognize” Jerusalem as the “capital” of Israel. Jerusalem is technically divided in a Jewish western part and an Arab/Muslim East Jerusalem, and the international community and the United Nations recognize East Jerusalem as part of Palestine. East Jerusalem is widely considered the legitimate capital of the State of Palestine, and is claimed by the Palestinian Authority (PA) as such. However, ever since invading the eastern half of the city in 1967, the Israeli regime has militarily occupied East Jerusalem as well, and has de facto treated it like a part of Israel.

“Palestine today tops the political issues facing the Islamic Ummah and everyone is duty-bound to make endeavours towards its freedom and salvation,” Ayatollah Khamenei said. He continued to say that the US plan to “recognize” Jerusalem as the Israeli capital stems from the “incompetence and despair” of the American regime, and called the US and Israeli leaders “today’s Pharaohs”.

“The Muslim world would undoubtedly stand against this conspiracy and the Zionists will be dealt a heavy blow with this move and dear Palestine will at last be liberated without doubt,” he added.
“Some US politicians have wittingly or unwittingly acknowledged that a war should start in the Western Asia region in order to provide the Zionist regime with a margin of safety.”

Furthermore, the Ayatollah claimed that resilience is the most important feature of the Islamic world in the face of threats of takfiri terrorism, which he called “proxies of the US and Zionism” that were created to sow discord between Sunni and Shia Muslims.

Iranian President Hassan Rouhani, who spoke before the Leader of the Revolution, had stated earlier that “Quds [Arabic word for Jerusalem] belongs to Islam, Muslims and the Palestinians, and there is no room for new adventurism by global arrogance.”