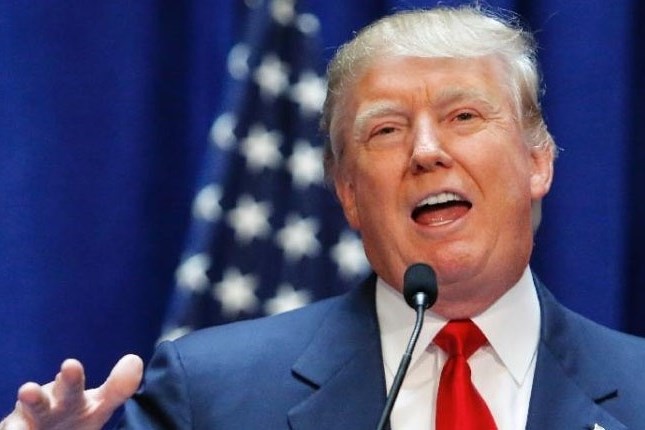 YEMEN: Will Saleh’s Death Precipitate US Direct Military Action in a War They Orchestrated?

It’s important to point out first, that while Saudi Arabia bombing civilians in the resistance-held territory, al-Qaeda continues to flourish in other areas. Hence, al-Qaeda has become a de-facto ally and pawn of the Saudi Arabia-US-UK axis (that is until they get a little too strong and the U.S. steps-in to carry out some messy, high-profile, special operations).

In portions of southern Yemen, al-Qaeda members fight alongside Saudi-backed troops. Saudi Arabia and the U.A.E. employ local mercenaries to fight on their behalf. Interesting confab of mercenaries – all of who are presently allied with the USA in Yemen.

Don’t be fooled by Trump’s recent posturing demanding the Saudi blockade of Yemen be lifted. The death of Ali Abdullah Saleh has neocons eyeing direct US intervention in war-torn Yemen.

For months, the US plan in Yemen has been to split the late Yemeni President Ali Abdullah Saleh from the al Houthi movement. From there, the US and their Gulf allies could re-engage Saleh’s party, the General Peoples Congress (GPC), with political negotiations and an upper hand.

Obviously, things didn’t quite work out as planned.

In August of this year, Yemen’s resistance began fracturing when Ansarullah (aka Houthi) accused Saleh and GPC members of colluding with the Saudis, United Arab Emirates, and United States. As first reported by Marwa Osman for American Herald Tribune, Iranian researcher Dr. Mohamed Sadiq al-Husseini says the idea was for Saleh to lead a coup against Ansarullah who at the time controlled Yemen’s capital as part of an alliance with the GPC.

Husseini says that Saleh schemed with UAE and US to train about 8,000 fighters both within Sana’a and at training camps in the UAE-controlled city of Aden. This coup was slated to take place at the end of August (with only a couple thousand fighters)– just two weeks after additional US troops entered Yemen as part of their so-called counterterrorism operation. However, after Ansarullah discovered evidence of collusion, the coup was called off.

Tensions never quite simmered between the GPC and Ansarullah. Keep in mind that Saleh waged six wars against the Houthis with US and Saudi support prior to entering an alliance with them during this current war. So, it’s understandable for them to be distrustful.

Skip forward a few months to December 2nd when Saleh and his GPC party finally attempted their coup against Ansarullah with Saudi Arabia providing air support. Underestimating Ansarullah’s strength and support, the coup completely backfired. Ansarullah forces successfully repelled the coup and are now in full control of Yemen’s capital city, Sana’a without any influence from the GPC

Just days later, Saleh was killed while trying to flee. As Ansarullah forces worked to secure the city, they found dozens of weapons caches spread out confirming intricate plans for the coup.

The neoconservative thinktank, American Enterprise Institute (which was very influential during the Bush era) believes the US needs to take a direct role in Yemen now that Saleh is out of the picture. “The U.S. must take lead in reaching a solution to the Yemeni conflict rather than outsourcing this problem to Gulf allies,” the recommendation states.

Although the article goes on to state that a political solution must be reached, I think everyone knows what AEI means by a direct US role in Yemen. As always, that implies military force and occupation.

Most activists are very vocal about the blockade against Yemen, and rightfully so. This, however, gives the Trump regime the chance to offer small concessions by demanding the blockade be lifted. Once the blockade is lifted, will these voices disappear? Ending the blockade would certainly give the US a chance to increase involvement in Yemen without so many prying eyes. It would also allow the US to militarily enter the Yemen theater as a supporter of humanitarian justice (their most common justification for war).

In November, just weeks before the GPC’s failed coup, the US House voted to seek a political rather than military solution in Yemen. The action would theoretically cut off US involvement of  Saudi and UAE forces against Ansarullah.

The amendment wouldn’t, however, end US counterterrorism efforts in Yemen against al-Qaeda and now ISIS. (This is ironic when you consider that al-Qaeda fights alongside Saudi-backed troops with US weapons.) A simple way to side-step this predicament is for the United States to arbitrarily label Ansarullah as a terrorist group. Which, until now, they’ve avoided doing at the risk of damaging negotiations and peace talks.

But with Saleh gone, will the US enter Yemen with full force? Or simply keep supporting UAE troops and mercenaries? Probably the latter. Because sending US troops to fight Ansarullah would be a foolish, foolish mistake.

Hopefully, the US comes to their senses, cuts their losses, and decides to encourage political negotiations with Ansarullah and southern actors. But when has the US ever cut their losses and moved on?

At least 29 Palestinians injured as clashes continue over Trump decision