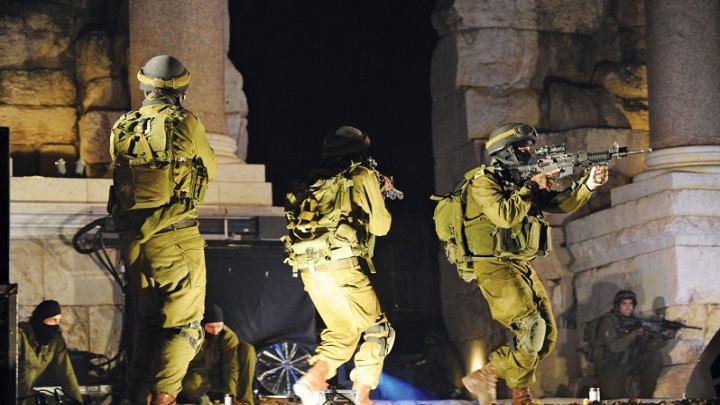 Four Palestinians have been declared dead by the Palestinian Health Ministry in the West Bank and Gaza, after a day of violent clashes with Israeli forces on Friday across the occupied West Bank, East Jerusalem, and besieged Gaza Strip.

The ministry reported that 18-year-old Muhammad Amin Aqel al-Adam succumbed to his wounds on Friday evening after he was shot multiple times by Israeli forces in the central West Bank town of al-Bireh, after an alleged stabbing attempt against soldiers.

In the Jerusalem area town of Anata, in the central West Bank, 29-year-old Bassel Mustafa Muhammad Ibrahim succumbed to his wounds shortly after being shot in the chest by Israeli forces during clashes in the town.

In the Gaza Strip, Israeli forces killed two Palestinians and injured hundreds others during clashes that broke out along the border between the besieged coastal enclave and Israel.

Yassir Sokhar, 31, a resident of the al-Shujaiyya neighborhood of eastern Gaza City was shot during clashes and declared dead by the ministry of health in Gaza.

The fourth slain Palestinian was identified by the ministry as Ibrahim Abu Thurayya, 29, who was shot in the head during clashes.

Tributes to Abu Thurayya — who was wheelchair-ridden after losing both his legs during Israel’s offensive on the Gaza Strip in 2008 — popped up across social media, as Palestinians widely circulated a video of him calling on Palestinians to protest against US President Donald Trump’s recognition of Jerusalem as the capital of Israel.

Hundreds of Palestinians across the West Bank, East Jerusalem, and Gaza had been injured with live ammunition and rubber-coated steel bullets on Friday during clashes with Israeli forces in protest of Trump’s decision last week.
Friday’s events brought the death toll over the past week to 10 — six Palestinians had previously been killed by Israeli forces over the past week, four in airstrikes and two in clashes.
Palestinians have vowed to continue protesting Trump’s unprecedented decision, which Palestinian and Arab leaders warned would cause instability and unrest in the region.
Trump’s announcement was the first step to a drastic abdication of longstanding US policy that has largely adhered to international standards on Israel-Palestine, which maintains that East Jerusalem is an intricate part of occupied Palestinian territory and the capital of any future Palestinian state, despite Israel’s annexation of the territory.
The fate of Jerusalem has been a focal point of the Israeli-Palestinian conflict for decades, with numerous tensions arising over Israeli threats regarding the status of non-Jewish religious sites in the city, and the “Judaization” of East Jerusalem through settlement construction and mass demolitions of Palestinian homes.
Source:Website
Continue Reading
4byclashesdecisionforcesinIsraeliJerusalem
131
Share FacebookTwitterGoogle+ReddItWhatsAppPinterestEmailLinkedinTumblrTelegramPrint

Southern activist: Hundreds of dead, wounded and captives of southerners are entrapped