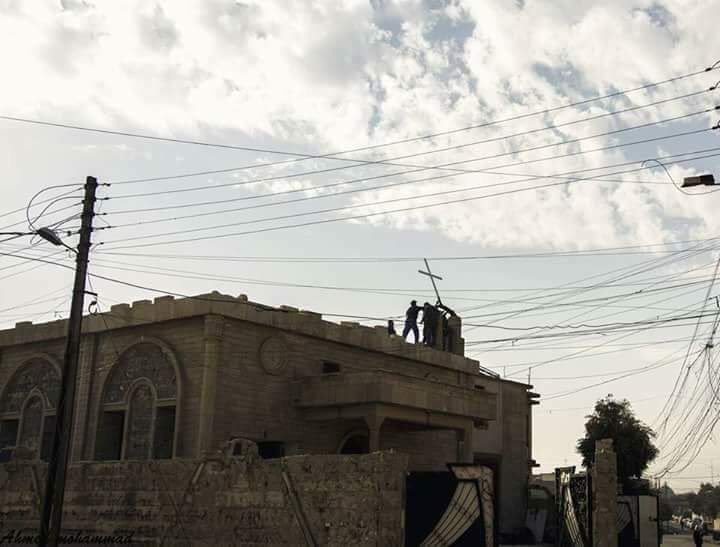 On the eve of Christmas, church bells have rung out again at Saint Paul’s Church in Mosul for the first time in three years, after the city was liberated from “Daesh” , backed by Saudi Arabia, (IS; formerly ISIS, ISIL).

Both Christians and Muslims attended a special service in the Church to mark the birth of Jesus.

One member of the congregation, Uday-Al-Adhamy has a postivie message for church-goers this Christmas.

“As you can see this church is destroyed, but some people from this city volunteered themselves to rebuild the church, because of its importance as a message of peace for the entire world. The church bells are back again in the city”, he said.