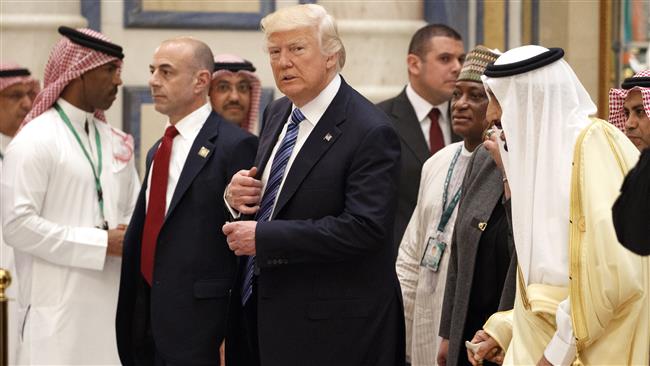 The US State Department has approved a possible $500-million sale of missile system support services to Saudi Arabia in defiance of global calls for Washington to stop providing Riyadh with military support due to the regime’s war crimes in Yemen.

The Defense Security Cooperation Agency made the announcement in a statement on Wednesday, saying Congress had been notified of the decision.

Congress now has 30 days to review the proposed sale, but it is not required to take any action.

The deals come as the US is under pressure to suspend its arms sales to the Saudi regime, which has been waging a deadly military aggression against Yemen since 2015.

At least 13,600 people have been killed since the start of the war.

During his first trip to Saudi Arabia last year, President Donald Trump signed a $110 billion arms deal with the Saudis, with options to sell up to $350 billion over a decade.

The announcement generated backlash in Congress, with Republican Senator Rand Paul promising to work to block at least parts of the package.

The Trump administration is looking to loosen restrictions on American arms sales to boost the country’s weapons industry.

The move seeks to ease export rules for military equipment “from fighter jets and drones to warships and artillery,” according to officials familiar with the plan.

US Military Presence in Syria Act of Aggression: Damascus