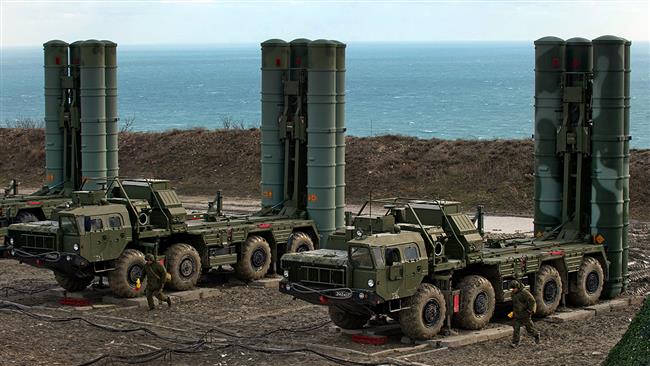 Qatar has been holding negotiations with Russia to purchase S-400 missile air defense systems and other weaponry, Doha’s ambassador to Moscow says.

“Talks about the subject are at an advanced stage,” Fahad bin Mohammed al-Attiyah said in an interview with Russia’s TASS news agency on Thursday.

The diplomat noted that Qatar is also negotiating with Russia to buy military hardware for Qatari ground troops.

Attiyah pointed to an agreement that Doha and Moscow signed on military and technical cooperation in October 2017 , noting that the deal laid the groundwork for further military cooperation between Russia and Qatar.

That agreement was signed during a visit by Russian Defence Minister Sergei Shoigu to Qatar.

This cooperation includes “supplies of military hardware, military training of officers and soldiers, equipment and, indeed, cooperation on the level of special services,” he added.

According to the diplomat, Qatar and Russia will also have military attaches posted in embassies.

Persian Gulf Arab states have stepped up purchasing state-of-of-the-art weaponry from the world powers amid a diplomatic crisis between Qatar and a Saudi-led quartet of Arab countries continues.

Saudi Arabia, the UAE, Bahrain and Egypt severed diplomatic ties with Doha in June 2017, accusing the kingdom of sponsoring terrorism and destabilizing the region.

Qatar has rejected the claims, while maintaining that it is paying the price for its independent foreign policy.

According to Russian Presidential Aide on Military Cooperation Vladimir Kozhin, Moscow is negotiating a possible S-400 deal with Saudi Arabia as well.

Russia and Saudi Arabia first signed a contract for the delivery of one battery of the Russian-made system in March 2017, when Saudi monarch King Salman bin Abdulaziz Al Saud was on a four-day trip to Moscow.

China was the first foreign purchaser of the cutting-edge air defense system as part of a 2014 agreement, followed by Turkey as the second buyer.

Turkish President Recep Tayyip Erdogan has been personally monitoring progress on the deal.

On September 12, 2017, Russia confirmed the nearly $2.5 billion deal with Ankara for two S-400 batteries. Russia is also in talks to sell the defense system to India, one of the main purchasers of Russian weapons.

The S-400 Triumf (with the NATO codename Growler) entered service in 2007 and is considered Russia’s most advanced long-range anti-aircraft missile system.

Capable of engaging targets at a distance of 400 km and at an altitude of up to 30 km, the missile system can destroy aircraft, cruise and ballistic missiles. It can also be used against land-based targets. The anti-aircraft weapons system is capable of simultaneously engaging up to 36 targets.