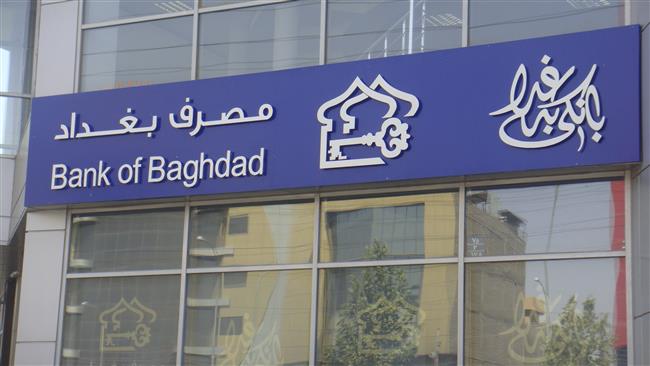 The Iraqi lawmakers have voted to end sanctions imposed on banks operating in the country’s semi-autonomous Kurdistan region, some four months after the Central Bank of Iraq ordered private banks to halt their branches’ operations in Kurdistan following a highly controversial independence referendum held in the region.

According to a report by by Iraq’s Arabic-language al-Sumariah television network on Monday, Iraqi legislators approved that sanctions be lifted after they had “fulfilled their purpose” by enforcing federal controls on the Kurdish banking industry.

The move by the parliament now paves the way for the central government in Baghdad to enact the decision.

The sanctions included restrictions on dollar and foreign currency transfers and sales to four Kurdish-owned banks by the Central Bank of Iraq.

On September 25 last year, the Kurdistan Regional Government (KRG) held a contentious plebiscite on independence despite strong opposition from the central government, the international community, and Iraq’s neighboring countries, including Iran and Turkey.

Following the provocative vote, Baghdad imposed a ban on direct international flights to and from the Kurdish region and called for a halt to its independent crude oil sales. The KRG at the time described such measures as “collective punishment.”

In response to a non-binding Kurdish independence referendum on September 25, conducted by the KRG, the Iraqi government cut Kurdistan’s direct air links with the outside world, partially isolating the northern region.

On November 7, the central bank issued an official directive, instructing all banks across Iraq to end their transactions with the Kurdistan-based banks and to halt their operations there. It also warned that any bank that ignored the ban on new order would no longer receive foreign currency transfers from the central bank, a move apparently intended to control the flow of hard currency into the Kurdish region.

The directive also cited instructions from the Iraqi parliament sent on October 12 that stipulate the central bank must “not sell foreign currencies to the banks working in [Kurdistan] Region or those who have branches there.”

In October, Iraqi federal forces retook control of the Kurdish-held city of Kirkuk and many disputed territories in response to the Kurdish referendum.

Israeli troops shoot in the eye and kill Palestinian teenager