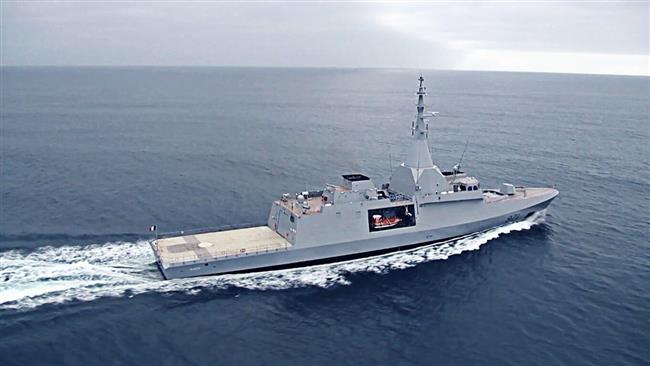 France has shown no concrete signs of reducing or suspending arms sales to the Saudi-led coalition waging war on Yemen, diplomatic sources say, despite massive civilian casualties caused by the coalition bombing.

“There is a desire to show that France is doing something. It says some deliveries have been suspended in the past, but there is nothing to show that,” a source close to the matter said, Reuters reported.

Meanwhile, a French diplomatic source claimed Paris has an export control system that takes into account the nature of the goods, the end user, human rights and regional situation.

He, however, declined to say if any sales to the Saudi-led coalition had been stopped.

A second diplomatic source said, “We’re told that there is a closer look at French arms exports to the [Saudi-led] coalition, but there is no information on either the suspension or cancelation of contracts.”

Around 13,600 people have died since Saudi Arabia started leading a number of its vassal states in an invasion of Yemen in March 2015.

The war, which enlists the participation, among others, of the United Arab Emirates, Jordan, Egypt, Bahrain, Kuwait, Morocco, Sudan, and Senegal, has been reinforced by arms supplies and logistical support from the United States, the United Kingdom and France.

London, Paris and Washington have been the biggest arms suppliers to the Riyadh regime since the war on Yemen broke out, according to a report by the campaign group Control Arms in September.

According to the Control Arms, France, the world’s fourth weapons exporter, authorized arms licenses worth $18 billion to Saudi Arabia in 2015 followed by the United States at $5.9 billion and Britain’s $4 billion.

In November, France sealed a contract for warships to the United Arab Emirates.

In defiance of global calls for Washington to stop providing Riyadh with military support due to the regime’s war crimes in Yemen, the US State Department last month approved a possible $500-million sale of missile system support services to Saudi Arabia.

Earlier in January, the US Army awarded Sikorsky, a leading American aircraft manufacturer, a contract worth nearly $200 million to supply 17 Black Hawk helicopters to Saudi Arabia.

The UK has also increased its weapons sales by around 500 percent since the onset of the Saudi invasion, The Independent reported in November.

The weapons sold by Britain, which has also been providing logistical and arms support for the bombardment, include precision-guided bombs.

Last February, Scottish newspaper Daily Record reported that evidence submitted during a legal case into British arms sales to Saudi Arabia had revealed that the UK trained the Saudi air force on how to use precision-guided Paveway IV bombs.

International rights group such as Human Rights Watch have censured Western nations’ rush for profiting from arms sales to the UAE and other Arab countries that are key contributors to the Saudi-led war against the people of Yemen.

Since the onset of the war, the Saudi-led coalition has imposed a naval and aerial blockade on Yemen under the pretext of blocking alleged arms supplies to the Houthi Ansarullah fighters. The siege, however, has caused severe shortages of food and medicine, endangering the lives of millions of aid-reliant Yemeni citizens.

The Western-backed offensive has, however, achieved neither of its goals as it has been met with stiff resistance from Ansarullah fighters and popular groups.