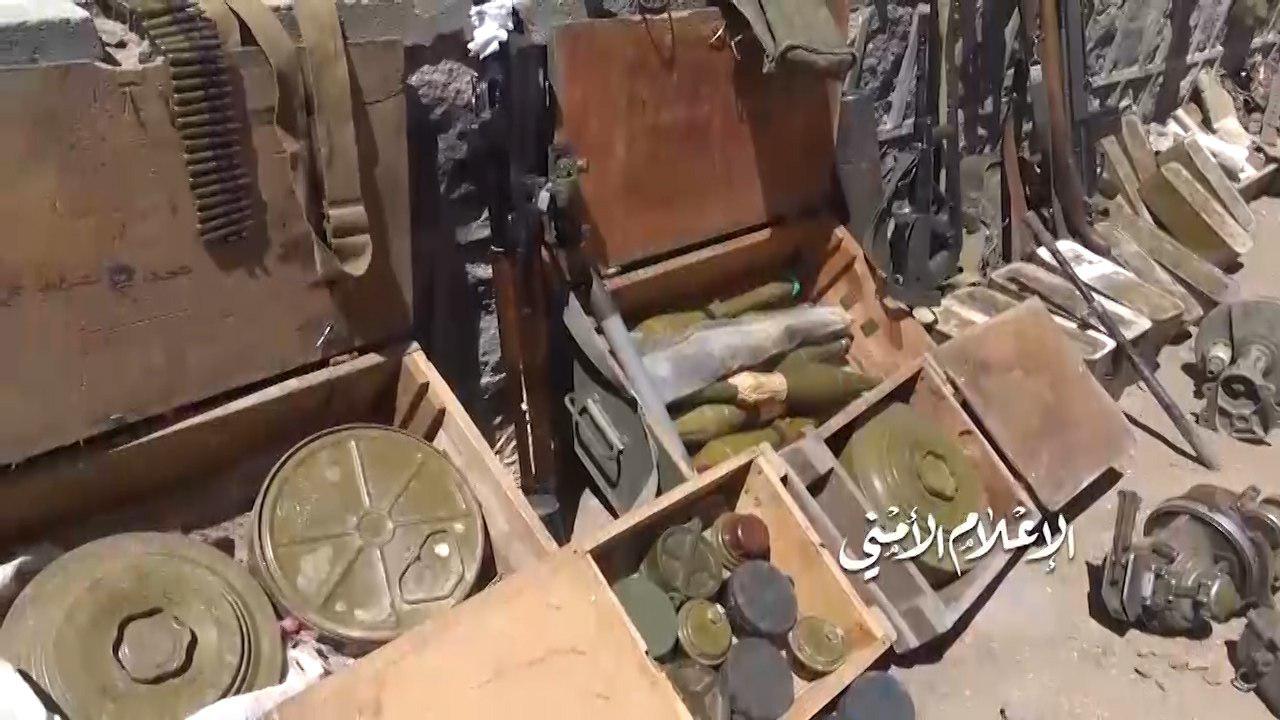 In Dhamar province ,al Qaeda cell was caught by security forces , in addition to capturing its members on Sunday.

According to a statement issued by security information center in the Interior Ministry and obtained by “YemenExtra” , the security services raided a cell after a process of monitoring and follow-up ended with the arrest of members of the cell.

The statement quoted a security source in Dhamar province as saying that the operation also included “controlling the quantities of weapons they were preparing to undermine security and public tranquility and targeting citizens in the region.

The source stated that what was found in possession of the cell members, military uniforms and military metal plates used to camouflage, impersonating the army and hide their crimes, noting that the vigilance of the security services and the cooperation of members of the community failed a dangerous plan was attended by criminal terrorist elements in the province.

Nehm front the scene of dead bodies of Saudi-led coalition