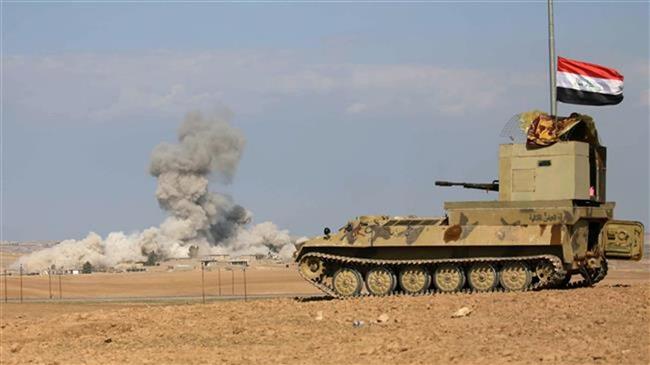 Iraqi media reports say more than two dozen Daesh terrorists have been killed and arrested in an army operation west of Mosul, which was once the Takfiri terror group’s main stronghold in the Arab country.

The source, speaking on condition of anonymity, added that “eight members including three [Daesh] leaders were killed in an airstrike against al-Atshana Mountain, in the wake of their attack against a checkpoint in Badush and fleeing to mountainous areas.”

Iraqi security forces had repelled a terrorist attack on a checkpoint in Badush a day earlier. The assault perpetrated by the Takfiri group claimed the lives of two soldiers and left three others injured.

Daesh unleashed a campaign of death and terror in Iraq in 2014, overrunning vast swathes in lightning advances in the northern and western parts of the country. Iraqi army soldiers and allied fighters then launched operations to eliminate Daesh and retake lost territory.

Last July, Iraq’s Prime Minister Haider al-Abadi formally declared Mosul free of Daesh terrorists, in a major blow to the terrorist outfit that helped the armed forces to speed up their liberation operation.

Daesh’s territorial rule in Iraq came to an end months later in December 2017, when Abadi announced an ultimate victory against the Takfiri group.