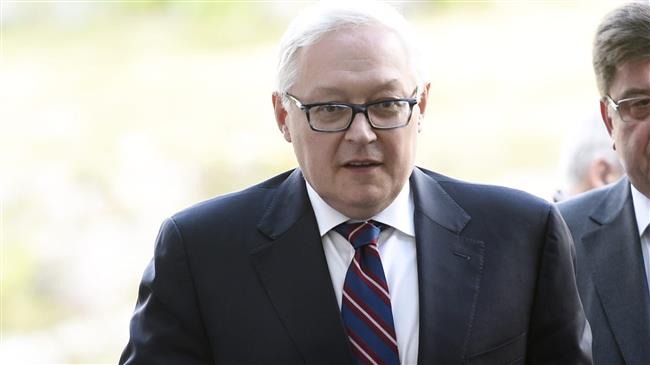 Russia says it has proof in its possession showing that the United States is trying to interfere in the country’s upcoming presidential election.

Russian media quoted Sergei Ryabkov as saying on Monday that the US was making efforts to sow chaos in Russia.

Washington’s sanctions against Moscow are also meant to destabilize Russia, he said.

Russia is scheduled to hold a presidential election on March 18. Pre-election polls show incumbent President Vladimir Putin will comfortably win a second consecutive term, and his fourth one, in total.

Since late 2016, US spying agencies have been accusing Russia of meddling in the American presidential election.

Back then, Washington alleged that Russia had influenced the election in favor of Donald Trump, running a massive secret social media trolling and targeted messaging operation, an allegation Moscow strongly denied.

The US has imposed a series of unilateral sanctions against Moscow over the claims.

Last month, the US Justice Department’s Special Counsel Robert Mueller, who is investigating the alleged Russian meddling, indicted 13 Russian nationals and three Russian entities accused of interfering in elections in the US.

In an exclusive interview with NBC aired on Sunday, Putin denied the Kremlin had any links to the 2016 election, vowing that Moscow would never give in to the extradition demand for the 13 Russian nationals.

Furthermore, Trump has repeatedly said that the allegations of collusion between Russia and his campaign are false.

“The Revolution of Revolutions”: Irfan Ali Najar from Kashmir