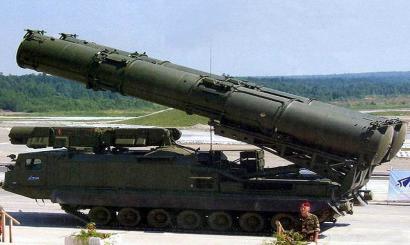 Turkey will not use S-400 systems in Syria operation: FM

“S-400 is a defensive system, we will only use it if Turkey is attacked. We do not intend to use Russian S-400 systems during operation Olive Branch,” he said when meeting with students of the Mos cow State Institute of International Relations.

Turkey has the right to buy any weapons from non-NATO states, Mevlut Cavusoglu said in a comment about Ankara’s purchase of Russian S-400 air defense systems.

“Turkey is a NATO member, but we are an independent state, we are not a satellite state. Other countries of the alliance can purchase weapons from non-NATO states, we have the same right and liberty,” he said.

It said that the Turkish minister would pay a working visit to Russia on March 14 to attend the sixth meeting of the Joint Strategic Planning Group chaired by the two countries’ top diplomats.

“The implementation of the signed contract for the delivery of S-400 Triumf air defense missile systems to Turkey, as well as other current and prospective projects in the sphere of defense industry cooperation, will be touched upon,” the Russian ministry said.

Earlier, the head of Russia’s Rostec corporation said that Turkey is buying four divisions of S-400s. In November 2017, it was reported that Russia would ship the first unit at the end of 2019.

On March 10, Cavusoglu said that Turkey needs the air defense systems urgently because the country presently has none.

The deal has become a major concern for NATO. Earlier this month, NATO Deputy Secretary-General Rose Gottemoeller said that the S-400 does not integrate with NATO members’ systems, while NATO’s Military Committee Chairman Petr Pavel warned that although member nations have sovereignty in decision-making, they are also “sovereign in facing the consequences of that decision.”

Turkey-US relations are at the point of breakup, Washington should fulfil its promises, Cavusoglu said.

“The people of Turkey are of a very negative opinion of the United States because it does not keep its word, it always lies. Our relations are at the point of breakup. Two working groups were created in February to prevent this. And we set a condition – if you don’t keep your word, then we will not tolerate it any longer,” he said when meeting with students of the Moscow State Institute of International Relations.

According to the official, one of the issues is the United States supplying weapons to Kurdish groups in Syria.