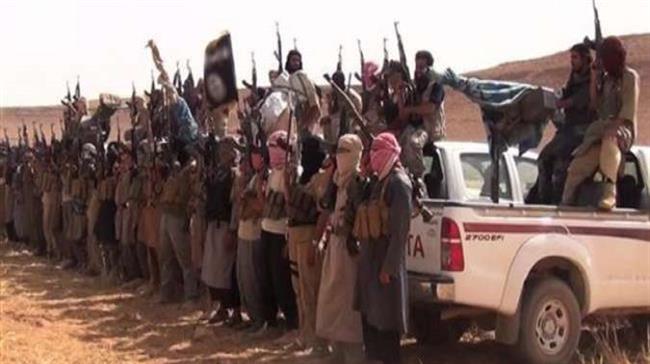 Remnants of the Daesh Takfiri terrorist group have shot and killed more than two dozen civilians and pro-government fighters in two separate attacks amid ongoing counter-terrorism operations to purge the extremists from all parts of the war-battered Arab country.

Captain Habib al-Shamri said Daesh terrorists set up a fake security checkpoint on a highway near al-Azim district in the eastern Iraqi province of Diyala, and stopped a number of civilian vehicles.

Shamri added the Takfiri then opened fire on the passengers, killing 15 civilians and injuring five others. The injured civilians were taken to a nearby hospital to receive medical treatment. He noted that the terrorists escaped after the attack.

The officer also said that another Daesh attack in the same province killed three more people.

Separately, seven fighters from volunteer forces, better known by the Arabic name Hashd al-Sha’abi, were killed when Daesh militants attacked a house of a tribal sheikh in the town of Mukashafah, south of Tikrit.

Major Sabhan Matar said Daesh extremists mounted the assault when the Hashd al-Sha’abi fighters were meeting at the house.

On December 9, 2017, Iraq’s Prime Minister Haider al-Abadi declared the end of military operations against the Daesh terrorist group in the Arab country.

Turkey will not use S-400 systems in Syria operation: FM