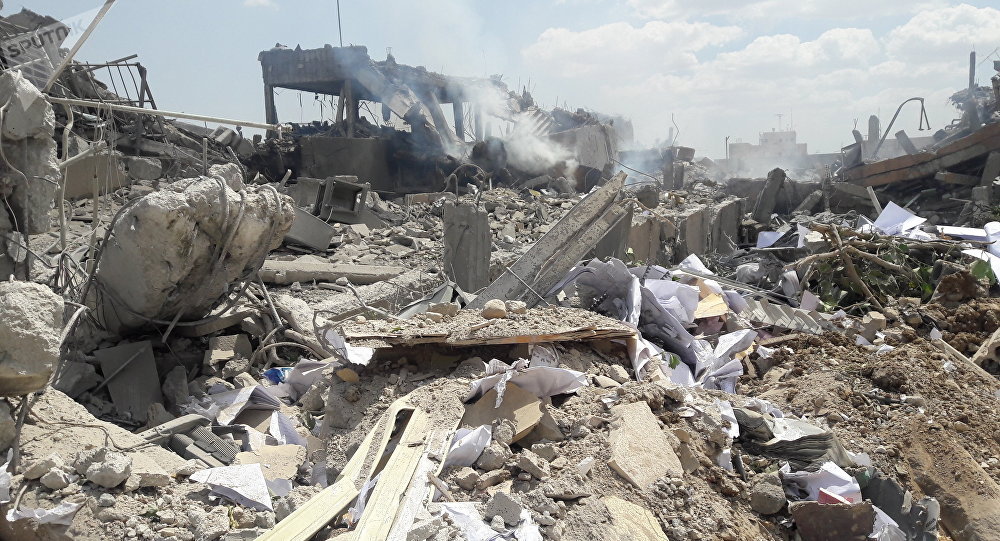 The United States, along with Britain and France, launched a military attack on Syria.

Most Gulf states declare their support and approval for the aggression against Syria . Started with Qatar and expressed its support for the US-British-French military operations against Syria.

“Qatar supports all international efforts to reach a political solution based on the 2012 Geneva Declaration and relevant Security Council resolutions,” the Qatar News Agency said in a statement.

Saudi Arabia also, has fully supported the military operations by the United States, the United Kingdom and France over military targets against Syria.

“The military operation was necessary to protect civilians in all Syrian territory and to prevent the use of any prohibited weapons that would increase the frequency of violence and the deterioration of the humanitarian situation,” the Bahraini Foreign Ministry said in a statement.

The Pentagon announced that this wave of operations had ended, and that its continuation was related to the decision of the American president and the Syrian government’s return to the use of chemical weapons.

The Syrian government denied its use of chemical weapons, and called for independent commissions to investigate.

International coalition headed by Saudi Arabia and Gulf states  began a war against Yemen on March 26 of 2015, in an attempt to reinstall a Saudi-friendly president, Hadi. Hadi was ousted by the Ansarullah revolutionaries for the latter enjoys wide public support, and that is when they took control over the country’s affairs with an aim of eliminating foreign intervention or influence over Yemen.

A Saudi Official Newspaper calls for a reconciliation with Israel