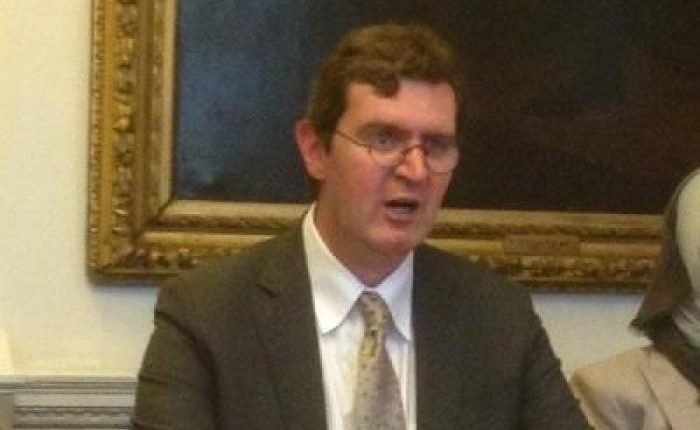 Despite beleiving that the British presence in the south is a doubt and expectations, a senior British expert said that the UAE is a military presence in southern Yemen to protect the maritime shipping line along the Yemeni coast to to protect its economic interests and not in support of any directions towards secession of the south as some southerners believe.

Christian Wolliszyn , from the Baker Institute for Public Policy and a fellow at Rice University, Chatham House , and a politician specializing in the affairs of the Gulf states in the international political economy , said that the presence of the UAE in southern Yemen is part of the protection of the UAE’s maritime route, which is linked to a series of ports along the Indian Ocean ,the Red Sea and the Mediterranean ,while commenting on a report published by the Middle East project for research and information in its latest, entitled: “the Southern Transition Council and the war in Yemen are Consolidation of the power in the southern united regions .

The United Arab Emirates strengthen its presence in the south, while the Saudis were still busy with their war in the north, he confirmed.

“Southern Yemen is part of the UAE’s maritime route strategy, which links Abu Dhabi with a series of ports along the Indian Ocean, the Red Sea and the Mediterranean Sea. The Saudis, for their part, are still busy with defeating the Houthis, part of Yemeni joint forces , and appointing a pro-Saudi leader who rules Sanaa. “, he added.

Additionally, Human Rights Watch spoke in a report about executions, torture and rape of migrants and asylum seekers who were detained in Aden, and called for a clear investigation, pointing out that what is shown is not everything.

The occupation authorities in Aden, following the scandal, announced the removal of the official in charge of the detention center for migrants, but according to a report by Human Rights Watch, which included live testimony by African migrants detained, the occupation in Aden took part in these shameful operations and were involved in torture and rape.

The rape scandal in Aden comes just a short time after the rape of a woman in Al-Khukhah by a Sudanese soldier who was brought to fight as a paid fighters , a crime that still reverberates in Yemen after the courageous attitude shown by the victim’s family in the face of intimidation.

Dozens of rapes revealed in Aden, Al-Khukhah and Mukha have been committed and victims and their families are forced to remain silent.

In Iraq, the international organizations have documented thousands of cases and published horrific images of those stories inside and outside Abu Ghraib prison. Trump has recently appointed CIA official involved in torture and rape in Iraq. No American soldier has yet been charged for these crimes.

These crimes also confirm that American and British officers are responsible of the war against Yemen. With the same process in Iraq is done in Yemen.

Aden city, which was occupied by UK but now under the control of UAE, and the rest of the southern cities witnessed an insecurity situation that increased the assassinations of imams of mosques and security and military leaderships

Even Yemen’s banks are on the Saudi to-target list

Women and children killed in a new Saudi massacre in Hajjah