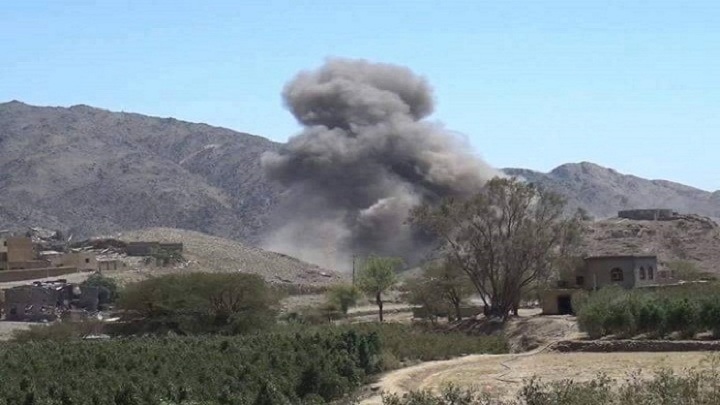 In Hodaida province, five hit Hais distric. , while In Saada province, one hit Al-Jumhori camp in north the city.

Badr 1 lands in Al-Anad Base in Lahj