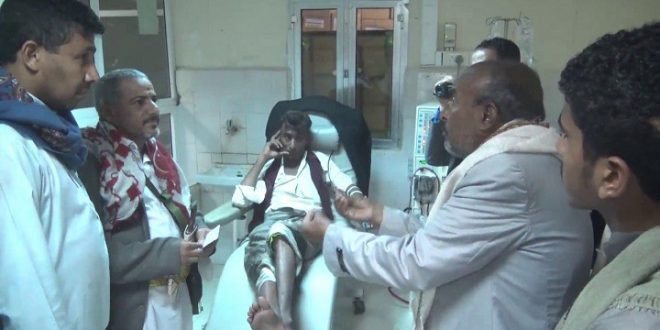 Breaking: 78 Dialysis Patients in Danger of Dying in al-Mahweet Province

Al-Mahweet Governor launched an urgent appeal to the Minister of Health, the United Nations and humanitarian organizations to immediately save the lives of 78 patients with renal failure due to the failure of dialysis machines in the district.

The governor received an urgent notification on Wednesday night from the director of the dialysis center at the al-Gamhori Hospital in al-Mahweet governorate, forcing him to launch a distress call and visit dialysis center in urgently. The governor visited the patients within the center, where he found out that all the dialysis machines were stopped except for two machines, which are not enough to cover all the patients.

Renal failure patients have been going through tough times due to lack of machines and medicines, where some medicines went up in price, making it hard to but thee drug. This is as a result of the imposed siege on Yemen by the Saudi-led aggression in Yemen