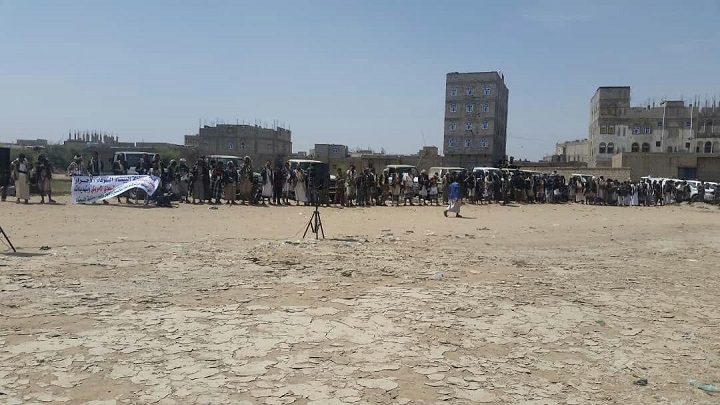 The people in Dreihimi South Hodeida took to the street in Hodeida in order to denounce the recent crimes of which was the heinous massacre committed against the displaced people, which killed over 30 martyrs

The participants in the stand put full responsibility, for the slackness on the crimes of the US-Saudi aggression against the Yemeni People, on the United Nations and the Human Rights Council

The people Al-Bayda, directors of all executive offices, directors of directorates, sheikhs, dignitaries, social figures, security and military leaders on Sunday organized a major protest in condemnation of the massacres of the brutal Saudi aggression and the continuation of the siege

US Leaders Aid And War Crimes In Yemen