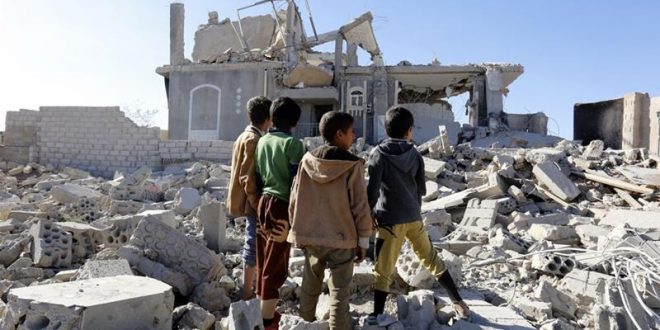 The Saudi war and its blockade have left 22 million people in need of humanitarian aid.

The Arab and Islamic parties and international human rights organizations demanded to condemn the crimes of Yemen and uncover the perpetrators.

The statement also called the international and humanitarian organizations, the United Nations to break their silence.

The National Alliance parties praised the steadfastness of the Yemeni people, stressing the importance of continued the steadfastness and supply the fronts with money and men.
Saba.net
Continue Reading
122
Share FacebookTwitterGoogle+ReddItWhatsAppPinterestEmailLinkedinTumblrTelegramPrint