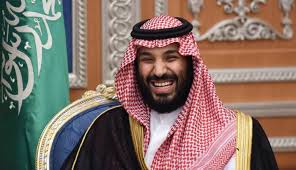 The Observer: Reform in Saudi Arabia is just a farce

Suppression of Saudi activists and the war on Yemen by Saudi regime means that reform in the kingdom is a farce, the Observer said.

The newspaper indicated that the Saudi prosecutor’s office asked to implement the execution of five Saudi activists, accused of participating in demonstrations, chanting anti-regime slogans, portraying protests and placing them on social media

The five activists, including Esraa al-Ghamgam, from the Shiite minority in the eastern region of Saudi Arabia, “have been in jail for two years and now the accusation demands their execution,” the paper said.

The death of King Abdullah bin Abdul Aziz led to a continuous talk in the West about the new reform system, especially the vision of Crown Prince “Mohammed bin Salman”, who is behind the modernization plan, the observer added.

Yemeni Army’s spokesman: the UAE in its entirety is within the range of our forces