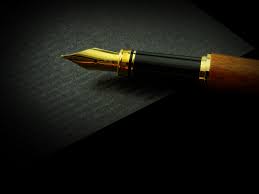 The New York Times also calls for a halt to U.S. support for the war on Yemen:

Saudi Arabia and its allies seem to have little compunction about slaughtering children as long as more bombs can be bought, so it’s up to the enablers to call a halt.

The focus of most recent criticism of the Saudi coalition has understandably been on their indiscriminate bombing campaign, but that shouldn’t cause us to forget the coalition’s even more far-reaching and destructive policy aimed at wrecking and starving the country as a whole. Kevin Watkins of Save the Children UK describes how the coalition’s economic war on Yemen does enormous harm to the civilian population and especially to the country’s children:

It’s not just bombs, bullets and artillery shells that threaten Yemen’s children. This is a conflict that also kills by stealth. Economic strangulation is being used by the Saudi-led coalition as a weapon of war, targeting jobs, infrastructure, food markets and the provision of basic services. Nobody is there to count the bodies of the victims [bold mine-DL]. But for every child buried beneath the rubble of a building hit by a “smart bomb”, there are dozens of children – like Ayesha – threatened by the starvation that has accompanied the economic assault.

The UN has described Yemen as “the world’s worst humanitarian disaster”. Almost two-thirds of the population need emergency support. The food system is collapsing, pushing the country to the brink of famine. Over 400,000 children are at imminent risk of starvation [bold mine-DL]. Unlike Ayesha, most of them will never see a health clinic or receive treatment. Many of those who survive will be affected by stunting and poor health for the rest of their lives.

By providing unstinting military and political support for the war, the U.S. has enabled the creation of the largest humanitarian disaster in the world today. The gravest threat to Yemen’s civilian population doesn’t come from airstrikes, terrible and criminal as they are, but from a deliberate, cruel policy of collective punishment that puts millions of lives in danger. Our government tacitly endorses this policy every day that it provides military assistance and diplomatic cover for the Saudi coalition, and insofar as our military supports the coalition blockade it is directly involved in enforcing that policy.

The entire Saudi coalition war effort is defined by callous disregard for civilian lives. All parties to the war have shown this same disregard, but it is ludicrous to think the coalition is not guilty of this. The evidence of that callous disregard is staring all of us in the face with each new massacre of children, wedding-goers, and hospital patients. If the Trump administration can’t see that, they have to be willfully blind to the consequences of backing the unjust and unnecessary war on Yemen.