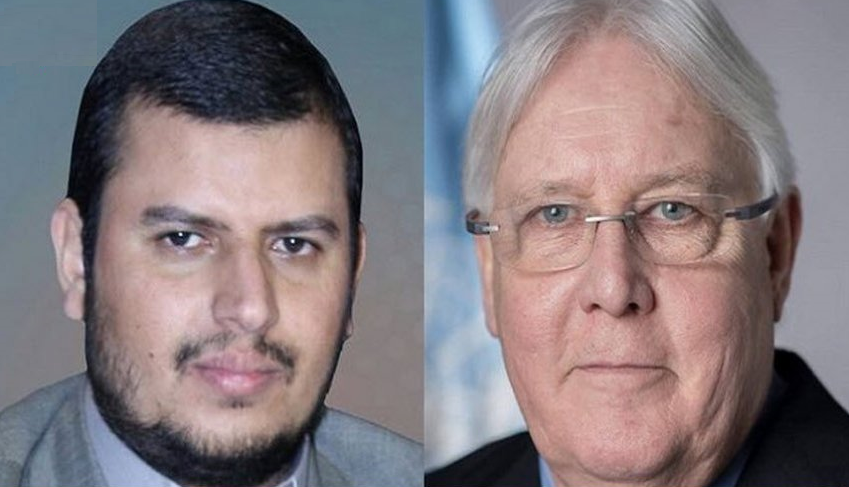 The leader of Yemen’s Ansarullah movement , part of the Yemeni army forces, says Saudi-led coalition is involved in a military campaign against Yemen that has claimed the lives of tens of thousands of innocent civilians,While the UN declares the talks’ failure.

Sayyed Abdulmalik AL-Houthi,revealed that there is a military escalation by the coalition, whether through ground operations or crimes against the people of Yemen, stressing that the enemy ascended in the field , but in vain , it kept commiting brutal crimes.

He added: “We have two options either to surrender to aggression or to address it ,and the most terrible price that we can pay is the price of surrender, stressing that confronting aggression is an unavoidable choice because it represents a responsible and correct position.”

UN envoy to Yemen Martin Griffith told a news conference that the Houthis were “keen” to get to Geneva.

Griffith said in a press conference that he will return to Sanaa and Muscat to meet representatives of Ansarallah and no specific date for the next round.

“They would have liked to get here. We didn’t make conditions sufficiently correct to get them here,” he said.Griffith added: “For the third time, I assure that the Sana’a delegation was keen to reach Geneva but the obstacles prevented their arrival.

On Friday, Loay al-Shamy, a senior Houthi official in the Ministry of Information, said that the Houthi delegation had been ready to leave Sana’a International Airport for Geneva, but the UN, under pressure by the so-called coalition, “could not fulfill what was agreed on, which is to provide an Omani plane for the delegation that will participate in Geneva and offer the assurances required for the return of the delegation.”

As the Saudi-led military coalition has imposed a tight sea and air blockade on Yemen for months, the Houthi delegation was scheduled to fly to Geneva through an Omani airplane provided by the UN, but it has so far failed to do so due to purported pressure from Riyadh.

Ansarullah accused the Saudis of planning to strand the delegation in Djibouti, where their plane was to make a stop en route to Geneva.

The Saudis were “still refusing to give permission to an Omani plane” to land at the Yemeni capital Sana’a and take the delegation to Geneva, the movement said.

In March 2015, the US backed –Saudi-led coalition started  a war against Yemen with the declared aim of crushing the Houthi Ansarullah movement, who had taken over from the staunch Riyadh ally and fugitive former president Abd Rabbuh Mansur Hadi, while also seeking to secure the Saudi border with its southern neighbor. Three years and over 600,000 dead and injured Yemeni people and  prevented the patients from travelling abroad for treatment and blocked the entry of medicine into the war-torn country, the war has yielded little to that effect.

Several Western countries, the US and Britain in particular, are also accused of being complicit in the ongoing aggression as they supply the Riyadh regime with advanced weapons and military equipment as well as logistical and intelligence assistance.