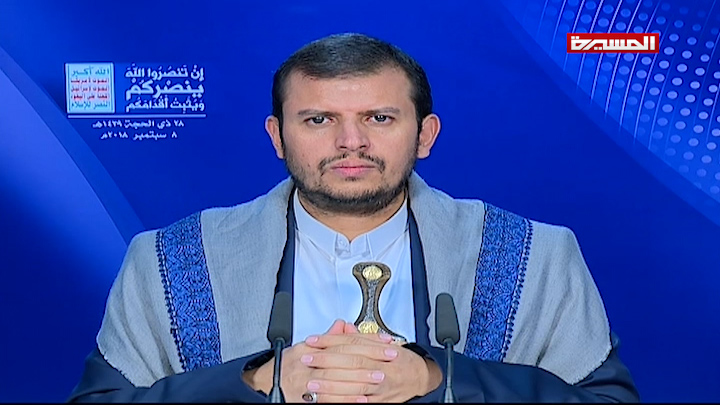 The leader of the Yemeni revolution of Ansarullah, Abdalmalek Badruddin al-Houthi, revealed the main reason for the failure of the Geneva consultations, which were called for by UN envoy Martin Griffith, whose first meeting was scheduled for last Thursday.

Regarding the latest developments, Sayyed Abdelmalik said that the main reason for the failure of the Geneva consultations was the Saudi-led coalition obstructing the arrival of the national delegation to Geneva.

In the same context, the United Nations on Wednesday expressed “disappointment” at the consultations on Yemen, which was agreed to take place on Thursday. The UN spoke to journalists about that in Geneva after the failure of the provision of a plane to transport the delegation of the Yemeni capital Sana’a to the Swiss capital Geneva.

To further explain, the UN envoy to Yemen, Martin Griffith, had stated before that the third Geneva station, which would have gathered the delegation of President Abed Rabbo Mansour Hadi and the delegation of Sana’a, was going to hold “consultations, not negotiations.” He pointed out that the consultations would have focused on trust-building measures between the parties to reach a solution to the Yemeni crisis.

He also previously stressed that consultations would lead to future negotiations, stressing that the goal of the Geneva consultations was to reactivate the two-year-old peace process in Yemen, the latest of which was Kuwait’s consultations.

“We listened to all parties and leaders’ opinions over the past months, there was an extensive discussion with all segments of society, and we came out with the impression that we all agreed that it was time to start a new process to resolve the crisis,” Griffith told a news conference in Geneva.

The UN envoy also expressed that there was an “opportunity” this week to turn the page and start consultations if it was not for “logistical matters” that prevented the national Yemeni delegation from arriving.

On the other hand, the Ministry of Foreign Affairs of the Sana’a based Salvation Government that the Saudi-led coalition set up obstacles to prevent the national delegation from participating in the Geneva consultations.

The Ministry of Foreign Affairs also took part and condemned the Saudi stance saying in a statement on Wednesday that not granting a license to operate an Omani plane aims at obstructing their delegation from participating in the consultations.

Furthermore, the Foreign Ministry expressed appreciation for the efforts of the UN envoy to Yemen and his serious efforts to ensure the success of the consultations. It also expressed hope that the United Nations will compel the Saudi-led coalition into authorizing an Omani plane to transport the national delegation from Sana’a and ensure its return.

Sayyed Houthi also stressed that the UN failed to obtain a license to transfer a number of people stranded and wounded to Oman, according to the mechanism that was obtained in all previous consultations.

Observers considered the attempt of the Saudi-led coalition to prevent the holding of consultations is nothing but disregard for UN efforts to achieve comprehensive negotiations leading to an end to the unjustified war on Yemen and lifting the embargo through a just, comprehensive and sustainable solution.

Furthermore, the head of the Revolutionary Committee Mohammed Ali al-Houthi mentioned in a new tweet on his Twitter page that the Saudi-led coalition stopped the UN envoy Martin Griffith for hours at Sana’a Airport.

“The American-Saudi aggression and its allies today stopped the envoy Griffith for hours inside his plane at Sana’a airport, as it did with representatives of the dialogue in Djibouti,” said al-Houthi.

He added: “This behavior needs an informed response to the Secretary-General of the United Nations and his supporters at the least.”

Addressing any allegations claiming that Ansarullah’s delegation did not want to participate in Geneva talks, the United Nations envoy to Yemen stated on Saturday that the national delegation was determined to reach Geneva if it was not for the logistical matters.

Griffith mentioned during a press conference in Geneva that he will return to Sana’a and Muscat to meet the representatives of Ansarullah, noting that there is no specific date for the next round.

“For the third time, the Sana’a delegation was anxious to reach Geneva if it wasn’t for the obstacles that prevented their arrival,” the UN envoy said.

Griffith did not specify the obstacles, but said in response to a reporter’s question: “I repeat that Ansarullah delegation wanted to come here but we did not provide the conditions for them to come.”

Going back to Sayyed Houthi, he pointed out that the delegation’s demands of an independent country’s aircraft for transportation was not a stipulation but rather a natural and legitimate right, especially after the Saudi-led coalition restrained the delegation in Oman for months in the previous consultations. Sayyed Houthi revealed that they were not allowed to come back to Yemen unless Ansarullah released captured American spies in an exchange process. This represents the UN failing to protect the negotiating parties and the Saudi-led coalition not considering any kind of laws.

Moreover, Sayyed Abdulmalik stressed that there was no reason to block the travel of the national delegation, which only wanted to reach Geneva safely and return to Sanaa safely after the end of the negotiations.

The leader of the revolution said: “The way the coalition of aggression thwarts the Geneva consultations is deliberate and premeditated because the enemy does not want to reach a fair and a just peaceful solution,”

He also pointed out that the Saudi-led coalition was uncooperative in previous rounds of negotiations, indicating its real intention which is to control Yemeni entirely.

Moreover, Sayyed Abdulmalik noted that the Saudi-led coalition had no serious intention of reaching a conclusion in the Geneva consultations after they refused to have a Saudi or Emirati delegation to participate in it.

As for the American role, the leader of the revolution said that America was not optimistic about the success of the Geneva consultations and that it did not comment on any hopes.

He said that America is benefiting from the continued war against Yemen, which has become an economic source of income.

He also affirmed that “America has a big role in the aggression, and despite this, disasters and crimes are accounted for the Saudi regime and the UAE while America presents itself as a sponsor of peace.”

Sayyed Houthi also mentioned the Saudi-led military escalation in Yemen’s western coast, particularly Hodeidah Province, whereas it has been committing multiple war crimes against civilians and attempting to advance with the most sophisticated weapons, but yet fails to do so confronting the Yemeni Army and Ansarullah.

Yemen has been under a nearly four-year Saudi-led war, backed by the US, UK and UAE mostly, which has led to the world’s worst humanitarian catastrophe in the impoverished country.

The war has been taking place in an attempt to reinstall a Saudi-friendly ousted and resigned president, Hadi, and to overthrow the revolution of Ansarullah aka Houthis.