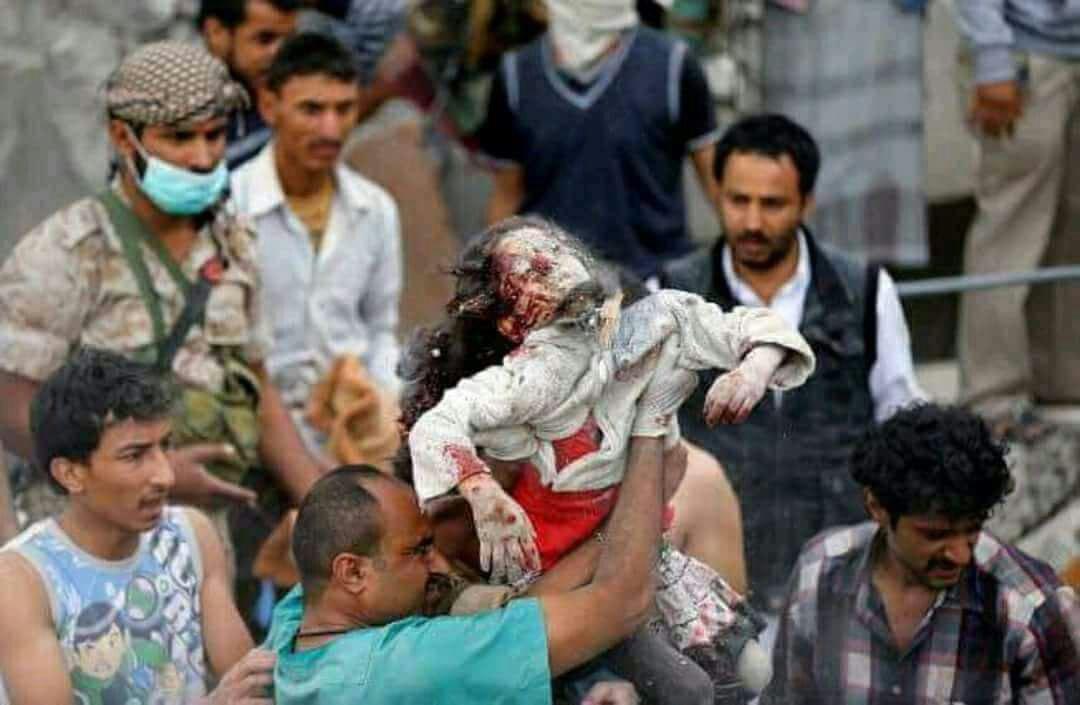 The Trump administration is reportedly continuing US support for the Saudi-led military operation in Yemen that has killed thousands of civilians, in order to safeguard American arms sales to Persian Gulf allies.

Since 2015, the US and UK have been supporting the Saudi-led bombing operations against Houthi rebels in Yemen that Riyadh say are necessary to support what it considers the legitimate government in Yemen and to try and counter alleged Iranian support for the rebels. The United Nations has said the operation has killed at least 16,700 civilians and created one of the world’s largest humanitarian crisis.

Mike Pompeo, the secretary of state, is said to have recently decided to continue America’s increasingly controversial involvement, after being told if it stopped it could threaten $2bn of sales of US-manufactured weapons to Washington’s allies in the Gulf.

Among the deals at stake are the proposed sale of 120,000 precision-guided munitions (PGMs) to Saudi Arabia and the United Arab Emirates (UAE) by Raytheon, which has its headquarters in Waltham, Massachusetts, and is America’s largest manufacturer of such weapons.

The Wall Street Journal report, based on a leaked classified email and sources familiar with the deal, said Mr Pompeo “overruled concerns from most of the state department specialists involved in the debate who were worried about the rising civilian death toll in Yemen”. It said Mr Pompeo, a former Director of CIA, decided to side with his legislative affairs team that warned of the potential threat to the proposed arms sales.

Among those groups he reportedly sided against were his department’s Bureau of Near Eastern Affairs, the Bureau of Political-Military Affairs, the Bureau of Democracy, Human Rights and Labour, and the Bureau of Population, Refugees and Migration. The US Agency for International Development (USAID) said Washington should halt military aid as continuing it would not help the approach of Saudi Arabia and the UAE “civilian casualties or human protections”.

While the UK and US do not participate in bombing runs on Yemen, the US provides refuelling for the planes that do, intelligence and other logistical equipment.

The UK is also providing logistical and intelligence support and British prime minister Theresa May has ignored demands to block the sale of UK-manufactured munitions being used in the operation, amid mounting  concerns about civilian casualties. In August, at least 43 people were killed in northern Yemen after a coalition air strike struck a school bus in the Houthi controlled area of Dahyan.

Activists said the latest revelations underscored the need for the US and UK to halt their support for the coalition, which also includes Bahrain, Kuwait and Jordan.

Andrew Smith of the London-based Campaign Against Arms Trade, told The Independent the US accounted for one third of all global arms sales, with almost half going to the Middle East. The largest individual buyer of US arms was Saudi Arabia. Meanwhile, since 2015, the UK government had licensed £4.7bn ($6.2bn) worth of arms to Saudi forces. These include aircraft, helicopters, drones, grenades and missiles.

“The Saudi regime has one of the worst human rights records in the world and has waged a terrible war on Yemen. Arms companies have been allowed to rake in billions of dollars, while one of the world’s worst humanitarian catastrophes has been inflicted,” he said. “The war and destruction would not have been possible without the complicity and support of arms dealing governments like those in the US and the UK”.

He added: “If Donald Trump, Theresa May and their allies care about the rights and lives of people in Yemen then they must stop the arms sales and end their sycophantic support for the Saudi dictatorship.”

Mark Curtis, the historian and author of Secret Affairs: Britain’s Collusion with Radical Islam, said: “This sorry tale tells me that US officials, like their counterparts in the UK, are perfectly aware of the impact that their arms exports policies are having on civilians.”

He added: “Tragically, however, political leaders care much more about preserving alliances, and currying favour with foreign elites, than they do actual people. To the US administration, Yemenis are unpeople.”

A spokesperson for the State Department said it would not comment “on the deliberative process or allegedly leaked documents”. The spokesperson, who asked not to be identified, said Mr Pompeo had certified that Saudi Arabia and the UAE were ”supporting diplomatic efforts to end the civil war, taking measures to alleviate the humanitarian crisis, and undertaking actions to reduce the risk of harm to civilians and civilian infrastructure.”

“While our Saudi and Emirati partners are making progress on these fronts, we are continuing discussions with them on additional steps they can take to address the humanitarian situation, advance the political track in cooperation with the UN Special Envoy’s efforts, and ensure that their military campaign complies with the law of armed conflict and international humanitarian law,” the spokesperson added.

Asked what the US was doing to reduce civilian casualties, the spokesperson said: “Throughout this conflict, the United States has urged all parties to abide by the Law of Armed Conflict, work to prevent harm to civilians and civilian infrastructure, and thoroughly investigate and ensure accountability for any violations.”

Raytheon, which according to lobbying watchdog OpenSecrets.org, spent at least $3.3m in 2016 in contributions to the campaigns of politicians from both parties, did not respond to enquiries.

The US’s involvement in the military operation has become increasingly controversial on Capitol Hill. Under a measure recently introduced by congress, the US must end its refuelling of coalition planes unless the state department certifies every six months Saudi Arabia and the UAE are doing what they can to reduce civilian harm. The US can continue to do so, if the state department believes it is warranted on national security grounds.

The journal said most of the department’s specialists urged Mr Pompeo to  reject certification “due to a lack of progress on mitigating civilian casualties”. As it was, he went ahead with the certification. His memo to Gulf allies read: “Recent civilian casualty incidents indicate insufficient implementation of reforms and targeting practices. Investigations have not yielded accountability measures.”

Earlier this year, a Democratic senator held up Raytheon’s proposed sale of 120,000 PGMs after saying the administration had not satisfied his concerns about what those countries were doing to reduce civilian deaths.

In a letter to Mr Pompeo and secretary of defence Jim Mattis, Bob Menendez, the senior Democrat on the Foreign Relations Committee, wrote: “I remind you that the American public has a right to insist that the sales of US weapons to foreign governments – especially those of this magnitude and lethality – are consistent with US values and national security objectives.”