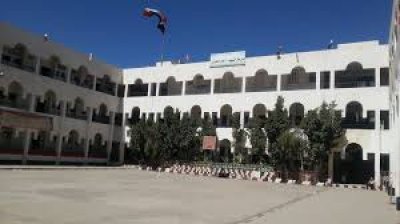 The Conflict Has Affected Education Sector in Yemen: Intl.Organization

International organizations confirmed that the war in Yemen has severely affected the education of millions of children, where teachers are the most affected because their salaries were cut-off for nearly four years, since the beginning of the Saudi military campaign in Yemen in 2015.

The UNESCO and UNICEF point in a statement that at least half a million children have been out of schools since 2015. Meanwhile, 3.7 other million children also cannot continue their studies unless the salaries of their teachers are given.
In the statement, they point that it is necessary paid the salaries of 145 thousand teachers to begin teaching in those difficult circumstances.
They said that delay of salaries caused in the collapse of the education sector and let children work, recruit or vulnerable to trafficking and abuse.
The organizations called on the international community to end violence against children and to protect their right to education.
Continue Reading
coalitioncrimesEducationinternationalOrganizationwarYemen
89
Share FacebookTwitterGoogle+ReddItWhatsAppPinterestEmailLinkedinTumblrTelegramPrint