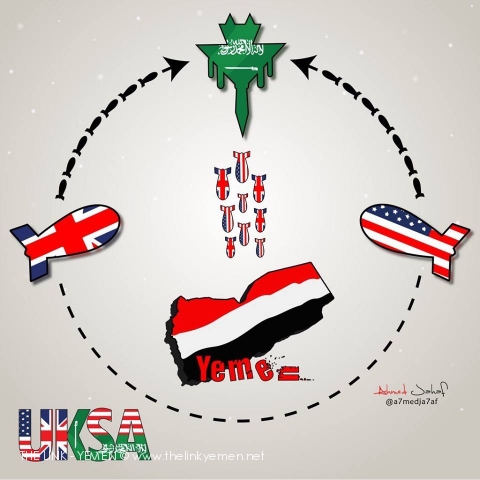 Will US Arms Stop Participating Saudi Crimes in Yemen?

The advocacy group Human Rights Watch (HRW) is hopeful the US Congress will eventually ban arms sales to Saudi Arabia and the United Arab Emirates, as unlawful attacks against civilians in Yemen have persisted since they last considered such a measure, Human Rights Watch Deputy Director told Sputnik.

“The significant number of unlawful attacks that have occurred since, I think, suggests that if the Senate faces that kind of vote again, it might pass, and the Senate might actually try to ban arms sales to Saudi Arabia and possibly the UAE. It shouldn’t come to that though. The US government should decide on its own that it shouldn’t send this signal to the Saudis that they can continue with unlimited US support.”

Prasow noted that HRW and other rights groups consistently urge the Congress to stop selling weapons to Saudi Arabia so long as such armed attacks on civilians continue, though such efforts have not yet yielded results.

The HRW deputy chief also emphasized that most of the unlawful attacks are carried out by the Saud-led coalition, and Human Rights Watch has documented ’87 unlawful attacks some of which are war crimes.’
She further stated that there ‘has been virtually no investigation and no accountability for those attacks.”

The rights activist noted that HRW and other rights groups have been able to document the use of specific US weapons in many of these attacks.

“We can document which companies have manufactured them and when they were sold,” Prasow explained. “I think these companies have to be asking themselves as well whether they are living up to their own independent obligations. Knowing that these weapons are being used unlawfully, can they really continue to sell them?”

Prasow also noted that representatives of human rights groups and the media needed to have access to Yemen given that the Saudi-led military coalition has largely restricted it.

In addition, Parsow said that the Saudi-led coalition only allows access to ‘humanitarian actors, not human rights actors or journalists.’ She explained further that people have to go either by boat or through the south and travel by land which can be a very fraught attempt.

Yemenis to Come Out Victorious from Saudi War: Al-Houthi