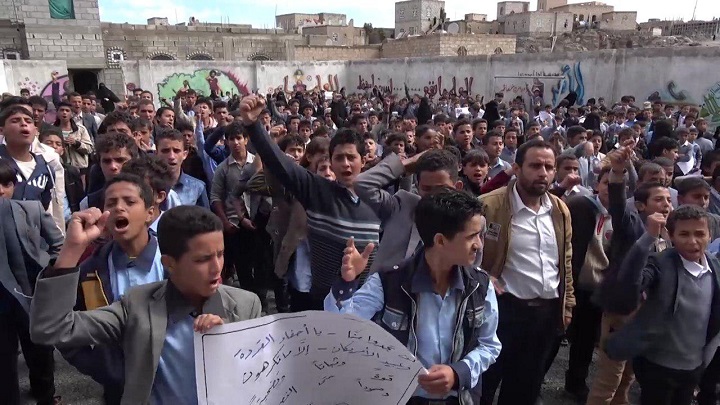 Students in Yemen Express Outrage over the Saudi Coalition

Students of al-Thawra School and students of Qimah-Amtiaz School in Dhamar governorate held two separate protest vigils in the presence of a number of educational figures.

Students and teachers condemned the continuing crimes of the Saudi-led coalition against the Yemeni people, men, women, and children. Students also denounced the economic war imposed on the Yemenis and the imposed the all-over siege, which deprived Yemenis of importing food and medicine. The students stressed the continuation of the educational process, despite all the challenges they have to go through because of the war.

In the city of Hajjah, students of the al-Wqfah school held a rally to condemn the crimes of the Saudi-led aggression that is being backed by the US.

The students condemned the international silence over the crimes of the Saudi coalition that target the Yemeni people and its imposed siege, bearing the coalition and the United Nations responsible for the deterioration of the currency and the living situation in the country.