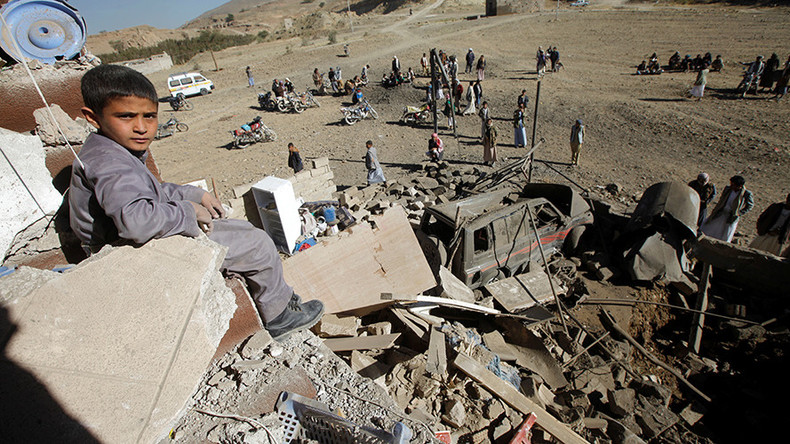 Human Rights Watch on Tuesday urged those interested in Khashoggi’s case to take a look at the crimes of the Saudi-led military coalition in Yemen.

These words were adopted from Kristine Beckerle’s article, who is the Yemen researcher in the Middle East and North Africa Division, investigating international human rights and humanitarian law violations in Yemen and human rights abuses in the United Arab Emirates.

The article was published under the title of ”The Saudi Playbook: Self-Investigations of Civilian Deaths in Yemen and Khashoggi”

Beckerley pointed out that Saudi Arabia announced the establishment of official mechanisms to investigate the deaths of civilians by its officers has been repeated many times but without any credible investigations into those deaths.

Observers of Jamal Khashoggi case can draw important lessons from the horrific Saudi history, while those interested in war crimes in Yemen could use Khashoggi’s case to draw lessons.

She pointed out that each victim by Saudi-led coalition raids in Yemen deserves the same attention as a writer in the Washington Post.

The number of victims killed or wounded in the Saudi-led coalition bombings is high: a bride and groom, a child imprisoned, villagers digging a well, and crowds in the market. “None of the apparent war crimes in Yemen has raised the same international outrage that Khashoggi’s death has caused in recent weeks,” she said. On October 20, Saudi officials finally admitted, under heavy external pressure, that Khashoggi had died in their consulate in Istanbul after weeks of lying and repeated confusion about his fate.

Because of the outrageous response to Khashoggi’s death, one might imagine that Saudi officials involved in horrific violations against rights would finally pay for the crimes they committed internally and externally, and that Khashoggi’s death would prompt Saudi western allies to demand accountability in a way that would not have for a nearly four years of war on Yemen .

But President Donald Trump days after his call on Saudi Arabia to investigate a crime of its own, said he had found an explanation for Khashoggi’s death. “I think we’re getting closer to solving the big problem,” he told reporters. The Saudis are not only following the rules of the game, but also the Americans.

In the article that was published in Human Rights Watch website said the Saudi-led coalition (armed and supported by the United States) armed thousands of civilians in Yemen for many years, leaving behind destruction, death, and destruction.

When the Americans asked about the Saudi-led coalition violations of the laws of war from bombing a crowded funeral hall to the destruction of a bus and the killing of 26 people, officials there tend to follow a similar plan: expressing concern, calling the coalition to investigate, praising the coalition when investigating even if the outcome has weak results, and when promises of further investigations or reparations were assured, they then quietly disappear as soon as international, domestic political pressure subsides.

The Saudi-led coalition launched its military operations in Yemen in March 2015. Air strikes destroyed vital civilian infrastructure in a mainly poor country. Hospitals, markets, and factories were seriously damaged in a country where the health and economic system have fallen and the population is on the verge of famine. The attacks have killed civilians who are trying to stay alive after the rising of fuel prices, severe food shortages, cholera epidemics, and other deadly diseases.