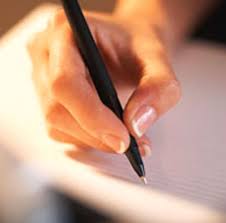 Yemen is in the midst of a humanitarian catastrophe, yet after three years of intense fighting, it has been dubbed “the forgotten war.
On 25 March 2015, an international coalition led by Saudi Arabia launched air strikes against the Huthi armed group in Yemen sparking a full-blown armed conflict.

Yemen’s recent history is one of division and bloodshed. Until the early 1960s, the country was ruled by a monarchy in the north and the British in the south. Coups in both regions plunged the country into decades of violence, ending with reunification in 1990.

Prior to the war, Yemen’s population of more than 20 million was projected to double by 2035. Amid high unemployment and dissatisfaction with the ruling Saleh family, the country was ready for change when the Arab Spring swept across North Africa and the Middle East in 2011.

While coalition forces relentlessly bomb from the air, rival factions are fighting a battle on the ground.

Civilians are trapped in the middle – more than 15,000 of them have been killed and injured and a humanitarian crisis has spiraled.
For three years much of the world has ignored this raging conflict and heard little about its devastating consequences.

Hundreds killed in crackdown on mass protests calling for fall of President Saleh, an end to corruption and repression and accountability for human rights violations, President Saleh forced to resign and sign power-transfer deal.

By March, tensions on the streets of the capital city, Sanaa, saw protesters dying at the hands of the military, one of Yemen’s most prominent commanders backed the opposition, paving the way for deadly clashes between government troops.

Along with Saudi Arabia, the United Arab Emirates has conducted airstrikes on Yemeni soil Kuwait, Bahrain, Qatar, Morocco, Sudan, Jordan and Egypt have also contributed to the operations.

Civilians bear the brunt of the violence in Yemen, as well as causing the deaths and injuries of thousands of civilians, the conflict has exacerbated an already severe humanitarian crisis, with the war deepening and exacerbating the humanitarian situation, and all sides impeding the delivery of humanitarian aid.

Approximately 22.2 million Yemenis today rely on humanitarian assistance in order to survive.
In order to deny supplies to the Huthi forces, the Saudi Arabia-led coalition imposed a partial aerial and naval blockade, after Huthi forces launched a missile targeting military areas in the Saudi Arabian capital Riyadh in late November, the Saudi Arabia-led coalition unlawfully tightened its sea and air blockade on Yemen, despite the blockade being loosened since then, the coalition continues to impose restrictions on aid and commercial imports of essential goods, including food, medicine and fuel.

Amnesty International has documented more than 36 air strikes across six different governorates (Sana’a, Sa’da, Hajjah, Hodeidah, Ta’iz and Lahj) by the Saudi Arabia-led coalition that appear to have violated international humanitarian law – the rules that apply during a conflict which are sometimes known as the “laws of war” – resulting in 513 civilian deaths (including at least 157 children) and 379 civilian injuries, these have included attacks that appear to have deliberately targeted civilians and civilian objects such as hospitals, schools, markets and mosques.

The Saudi Arabia-led coalition has also used cluster munitions, lethal explosive weapons banned under international law, when launched cluster bombs release dozens – sometimes hundreds – of small “bomblets”, which often lie unexploded and can cause horrific injuries long after the initial attack, amnesty International has documented the coalition’s use of at least four different types of cluster munitions, including US, UK and Brazilian-manufactured models.

Imprecise weapons are used on a daily basis in residential areas, causing civilian casualties, such indiscriminate attacks violate the laws of war.
In the face of multiple reports pointing to reckless conduct in Yemen and the devastating impact of serious violations of international law on civilians, many countries have continued to sell and transfer weapons to Saudi Arabia and its coalition members for use in the conflict.

These arms have been used by the Saudi Arabia-led coalition to kill and injure civilians and shatter the livelihoods of Yemenis, while a host of European countries have suspended arms transfers to the Saudi Arabia and the UAE, other countries, led by the US and UK, continue to supply coalition members with huge amounts of advanced military equipment.

There is no reasonable explanation by states such as the US and the UK that would justify their continued support and irresponsible arms flows to the Saudi Arabia-led coalition, when there is extensive evidence that these have resulted in enormous harm to Yemeni for the past three years.
Several of these states are parties to the Arms Trade Treaty which has the aim of “reducing human suffering” and which makes it unlawful to transfer weapons where there is a high risk they could be used to commit serious violations of international law.
The United States and the United Kingdom have both provided logistical support and intelligence to the Saudi-led coalition.
Coalition airstrikes and a naval blockade imposed by coalition forces in 2015 have pushed Yemen – where over 80 percent of food is imported – to the brink of famine.
Yemen has also been hit by a cholera outbreak deemed the worst in the world by the UN. It estimates that roughly 600,000 people have contracted the disease since last year and more than 2,000 people have died from it.
In Yemen’s “forgotten war,” the civilian population has lost the most, according to the United Nations, the death toll surpassed 10,000 at the beginning of 2017, with at least 40,000 wounded.

In Yemen: Some 575 Civilians Killed Since August