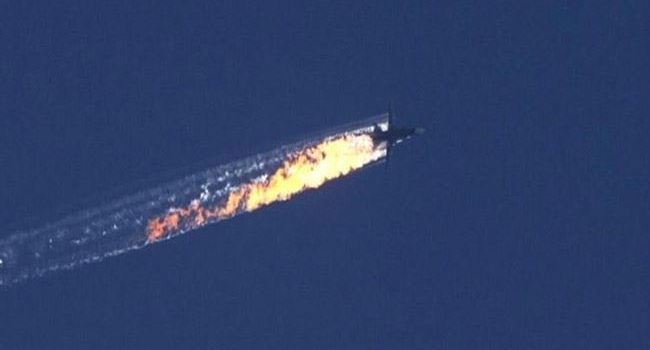 Coalition plane shot down on the West Coast “details”

The air defense units of the Yemeni army forces on Monday evening shot down an aircraft of the Saudi-led coalition, backed by the US , on the West Coast Front.

A field military source confirmed that a modern reconnaissance aircraft had been shot down by the air defense units on the West Coast while carrying out espionage operations north-east of Drehemi.

It is noteworthy that the Yemeni army forces ,supported by the sons of Tihama ,carried out this morning an attack on the positions of the coalition troops east of Hess, in conjunction with the artillery shelling against  their gatherings , which led to the death and wounding a number of them, including leaders.

The US-Saudi-led coalition  launched an offensive on Hudaydah on 12 June in the largest battle of the war that the United Nations fears risks triggering a famine in Yemen where an estimated 8.4 million people are on the verge of starvation. Recently, It has been paused for peace talks, but no deal has been struck leaving Yemenis pessimistic over a viable political process.

Abdulmalik al-Houthi, the leader of the Houthi(Ansarallah)  movement, which is the main force that faces the coallition, said on a TV speech ,” The decision of invading the Yemeni ,western coast, has been taken and adopted by the United States of America,noting that the Saudis are trying to abolish Yemen’s freedom,” stressing that it was the people of Yemen’s right to defend their country.

The Bab el-Mandab Strait, which is the southern entrance to the Red Sea, is one of the world’s key shipping lanes for crude oil and allows crude exports into the European market.

The United Nations said more than 350,000 people have been displaced from the strategic Red Sea port town of Hudaydah in western Yemen since June.Deputy spokesman for the Secretary-General, Farhan Haq, said during a press conference on Monday that violent clashes have erupted in the city over the past few days, especially in the Ad Durayhimi district.He added that emergency humanitarian assistance has already been provided to more than 90 per cent of those displaced.

The picture is from the archive

“Watch “: What UAE fears of circuling from the 16 Kilo Front