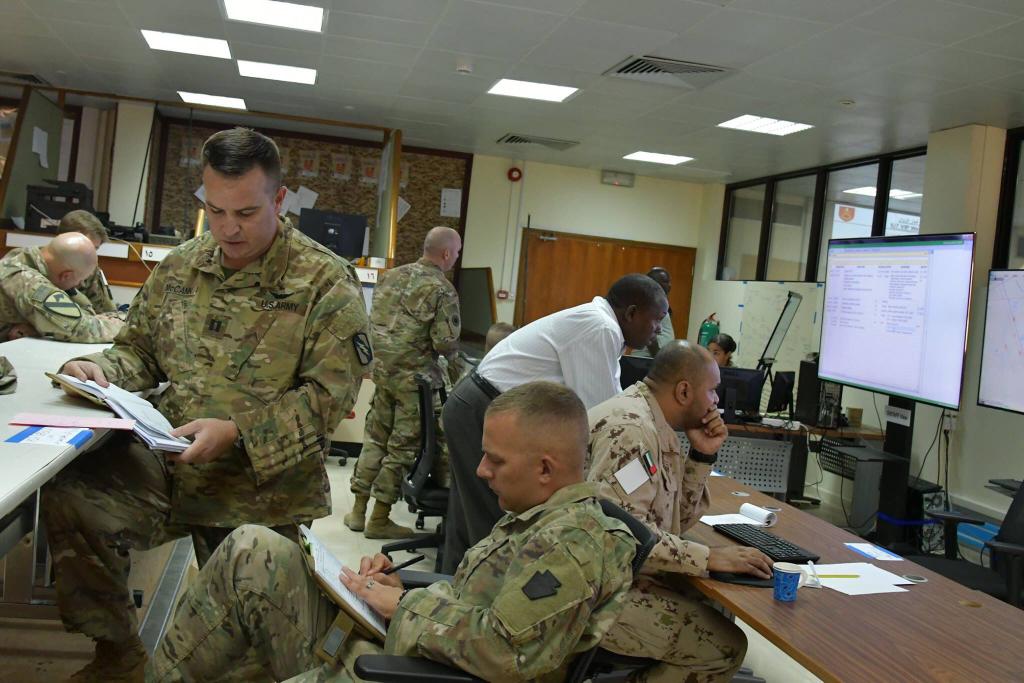 The Eye on the West Coast: This is how Americans prepare their presence

The western coast of Yemen remains the focus of western colonial ambitions, with British and American views, for its strategic location overlooking the Red Sea and Bab al-Mandab. Late last year, information has surfaced the on vigorous British moves to restore the gains of the “sunless empire” in the region stretching from the Arabian Sea to the Gulf of Aden, passing through Bab al-Mandab to the Red Sea. According to the information, Britain is seeking to establish a permanent military base in the city of Aden under the excuse of training Yemeni recruits to “carry out the tasks of securing the Gulf of Aden, Bab al-Mandab and territorial waters.” (Al-Akhbar, October 14, 2017). If the British are good at playing behind the scenes, making it difficult to reveal their roles that do not appear less aggressive than the Americans, the United States are even more exposed.
In early September of this year, a high-ranking US military delegation from Djibouti landed in Aden, according to information obtained by al-Akhbar. The purpose of the visit was to meet with Tahir al-Aqili, the chief of staff of the forces loyal to the outgoing president, Abd Rabbo Mansour Hadi, and other leaders, including the commander of the fourth military zone Fadhel Hassan. The information added that the head of the US delegation started his visit by reminding the audience of a memorandum of understanding signed between the Yemeni authorities and the NATO alliance, whereby the former would be allowed by the local authorities to use the Yemeni territorial waters and its lands, especially the island of Mayyoun, to combat piracy. The US official followed that by announcing of a new memorandum of understanding, which would be signed in this visit; the Pentagon is to support the Yemeni army in return for allowing US military forces to use all the maritime, land and air facilities used by the Yemeni army especially Socotra Airport and its seaports, Al-Anad base and all military installations in the island of Mayyoun, as well as the rest of the ports and islands on the west coast.
Washington deliberately delayed Griffith’s efforts to give more time for the battle of Hodeidah
The information indicates that after the review of the contents of the memorandum, it was signed by the American and Yemeni sides, pointing out that al-Aqili, the chief of staff of the forces, spoke to his companions after the American delegation left that he was not aware of the contents of the memorandum and that he only received instructions from Hadi and his deputy, Ali Mohsen, to head to Aden to meet with an American official and sign an agreement to “support the Yemeni army.” According to the same information, al-Aqili added that he was not even aware of the previous agreement with NATO, signed in 2008.
During the meeting, the head of the American delegation did not overlook the battle of the West Coast. He told the audience that an hour before his arrival in Aden, he reported that American military experts have made substantial adjustments to the Hodeidah operation plan, after intensifying their surveys of the scenes of the clashes and their concentrated intelligence operations, to serve the goal of “capturing the province by the Yemeni army, especially the city and its ports, as soon as possible”. The information also mentions that Matthew Toler, the US ambassador to Yemen who coordinates between the foreign and defence ministries, was advised to delay the meetings between Ansar Allah and the Hadi government, which was arranged by the UN envoy to Yemen, Martin Griffith, against the backdrop of the belief of «Pentagon» experts delegates of the «proximity and the inevitability of reaching Hodeidah».

A fresh Saudi American war crime in Hudayda, civilians between dead and injured